Arba’in is a part of Shi’ah identity

Rasa – Ayatollah al-Najafi said that the Arba’in pilgrimage to the Iraqi holy city of Karbala is part of the religious rituals and the religious identity of Shi’ah Muslims and is a great victory that is repeated every year. 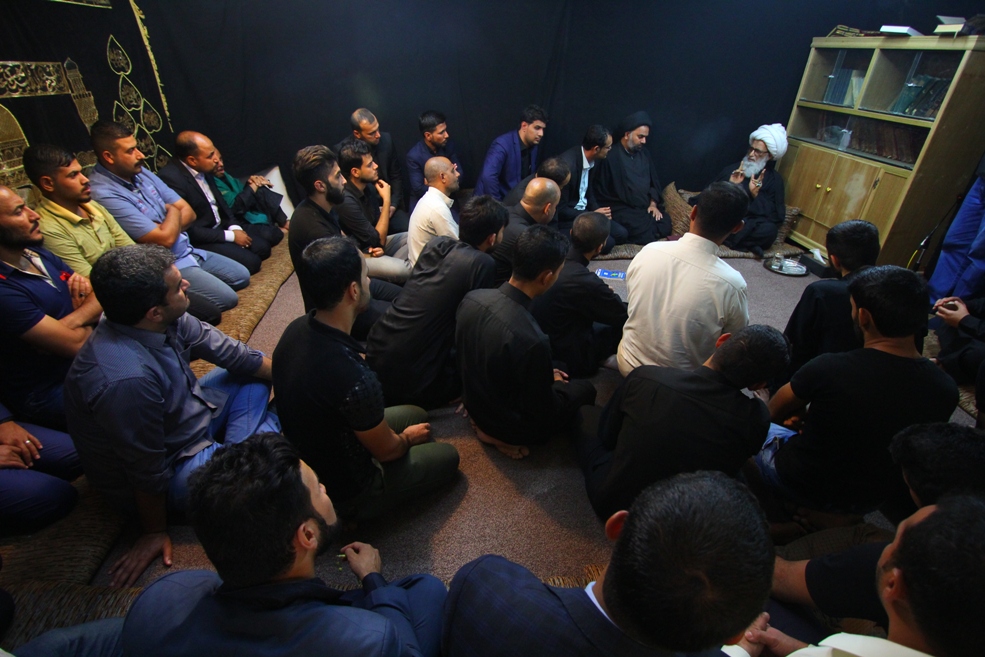 RNA – A group from National Assembly of the Youth of Karbala visited Grand Ayatollah Bashir al-Najafi while on pilgrimage to the Iraqi holy city of Najaf.

Also, in a separate visit, a group of pilgrims participating in the Arba’in pilgrimage from both inside and outside Iraq met with Ayatollah al-Najafi, an Indian-born Pakistani source of emulation based in Najaf.

During this visit, His Eminence mentioned the actions of the Shi’ahs in holding and reviving the Arba’in and Ashura pilgrimages and added, “These pilgrimages are part of the religious rituals and the religious identity of Shi’ism and this is a great victory that recurs each year.”

Ayatollah al-Najafi added, “As much as they try, the aggressors and tyrants of the time cannot eliminate or restrict the Husayni rites and these rituals and flags of the Husayni uprising will remain and will remain with full power until the awaited Imam al-Mahdi reappears and becomes the leader of the Islamic ummah, establishes justice in the world, ends the era of oppression and avenges the blood of his grandfather, Imam al-Husayn, from all the oppressors and corrupt people.”

Arba’in is a Shi’ah Muslim religious observance that occurs forty days after the Day of Ashura. It commemorates the martyrdom of Imam al-Husayn ibn Ali, the grandson of the Prophet Muhammad, who was killed on the tenth day of the month of Muharram alongside 72 of his companions by the tyrannical caliph Yazid I’s army in the Battle of Karbala in 61 AH (680 CE).

During the days leading up to Arba’in, millions of pilgrims from Iraq, Pakistan, India, Iran, Bahrain, Saudi Arabia, Lebanon, Azerbaijan, Turkey and elsewhere walk to the city of Karbala, where Imam al-Husayn and his companions are buried from Najaf, another holy city in Iraq, to show their devotion. The two cities are more than 75 kilometres apart.

This year, the day of Arba’in will fall on November 9th and on this day, the pilgrims will converge on the city of Karbala and make a pilgrimage to the holy shrines of Imam al-Husayn, his brother Abbas ibn Ali, and his companions.