There are common ideas in Islam and Hinduism

Rasa – Hujjat al-Islam Moballeghi said, “Identifying common ideological and behavioural elements between religions is an infrastructural endeavor that paves the way for meaningful and serious dialogues among followers of different religions.” 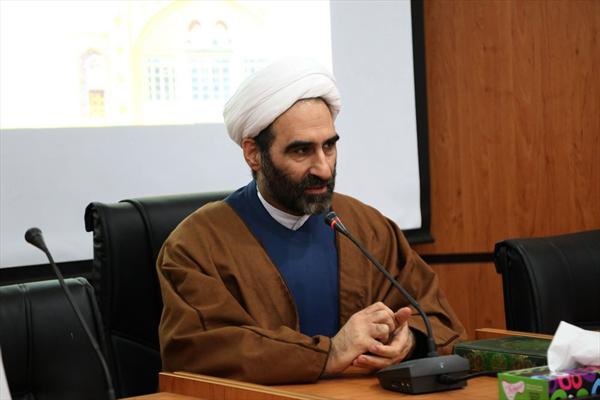 RNA – At the second day of the first round of religious talks between Muslims and Hindus that was held in the Indian capital of New Delhi, the head of the Islamic Research Centre at the Iranian Parliament made some remarks regarding the shared values in the two religions.

In his speech entitled “Common Ideas of Islam and Hinduism: The Necessity of Good-Hearted Interactions Among Religions” Hujjat al-Islam Ahmad Moballeghi said, “Identifying common ideological and behavioural elements between religions is an infrastructural endeavour that paves the way for meaningful and serious dialogue among followers of different religions and provides the platform for convergence, spirituality, and philanthropy among them in the world.”

Hujjat al-Islam Moballeghi went on to say, “Like Hinduism, Islam also presents and stresses on the principle of interaction between religions, but of course in a compatible way with its monotheistic and Abrahamic basics. Islam not only does not agree with clashes of followers of different religions with one another, but has introduced peaceful interfaith rules such as social interaction with all human beings based on justice.”

The first round of religious talks between Muslims and Hindus was held on the subject of “Spirituality in Islam and Hinduism” with the participation of Iranian and Indian cultural and religious figures and scholars at the Indian International Centre on October 25-26.

Tags: Moballeghi Hujjat al-Islam Moballeghi India Ahmad Moballeghi Interfaith Hindu
Short Link rasanews.ir/201oko
Share
0
Please type in your comments in English.
The comments that contain insults or libel to individuals, ethnicities, or contradictions with the laws of the country and religious teachings will not be disclosed