Rasa – The Supreme Islamic Legal Council of Lebanon has stated that the bloody slaughter in Syria will only stop by ending the war and establishing dialogue. 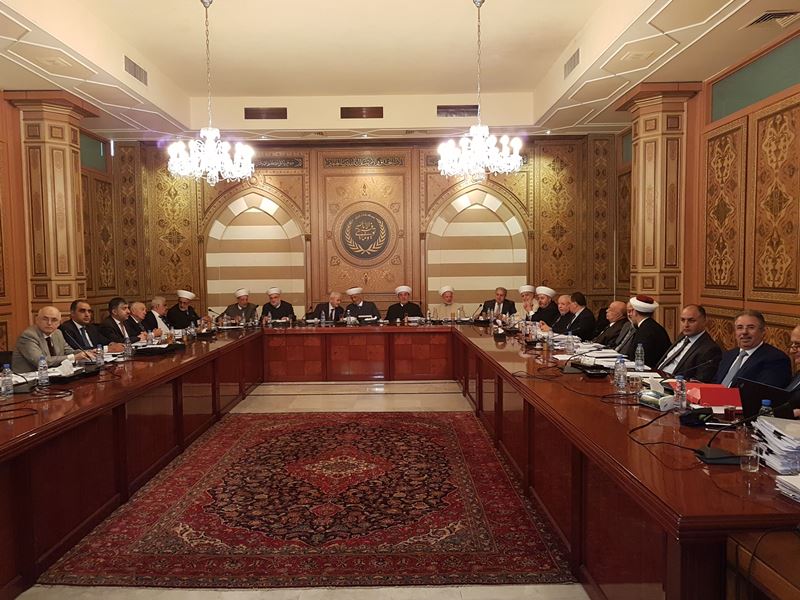 RNA – In a meeting held with the presence of Shaykh Abdul-Latif Daryan, the Grand Mufti of Lebanon, the Supreme Islamic Legal Council of Lebanon examined the Syrian refugee problem and stated that the Lebanese government should take special measures to solve the Lebanese people’s livelihood and economic problems in light of the massive presence of displaced Syrians in the country.

The Council added that the presence of Syrian refugees in Lebanon is temporary and they will return home when security and stability is restored in the Syrian Arab Republic as the country is suffering from bloody slaughter due to the ongoing conflict.

“This bloody slaughter will only end by ending the war and the establishment of serious dialogue based on the interests of the Lebanese people and the safe return of the Syrian refugees,” they said.

The Supreme Islamic Legal Council of Lebanon welcomed the strong remarks made by Marzouq al-Ghanim, the Speaker of the Kuwaiti National Assembly, against the Zionist delegation at the summit of the Inter-Parliamentary Union in in St. Petersburg, Russia and said, “The reproach by al-Ghanim which led to the Zionist delegation leaving the hall is considered as an honorary medal for Kuwait. This action reflects the views of all Arabs and Muslims and we are proud of this.”

The Council insisted that the reproach by al-Ghanim has been recorded as a heroic act in the history of the Arab and Islamic nations and this issue has proven that the issue of Palestine will not be forgotten and will continue until the liberation of the land from the occupation of the Zionist filth and the return of the Palestinian people.

The Islamic Supreme Islamic Council also commended the reconciliation between the Palestinian groups Hamas and Fatah and added, “This issue is important to confront the Zionist regime, which has no respect for international decisions and refuses to accept the right to resist against the occupation of their territory.”

Another part of the meeting focused on holding parliamentary elections in Lebanon and the participants emphasized the need for holding elections in due time.

The meeting ended with the insistence of the Supreme Islamic Legal Council on making Friday an official holiday as it a happy day for Muslims in Lebanon.