We are more concerned with cultural invasion

Rasa - An Iraqi popular mobilization commander said: We are more concerned with cultural and intellectual influence rather than the issue of Kurdistan. 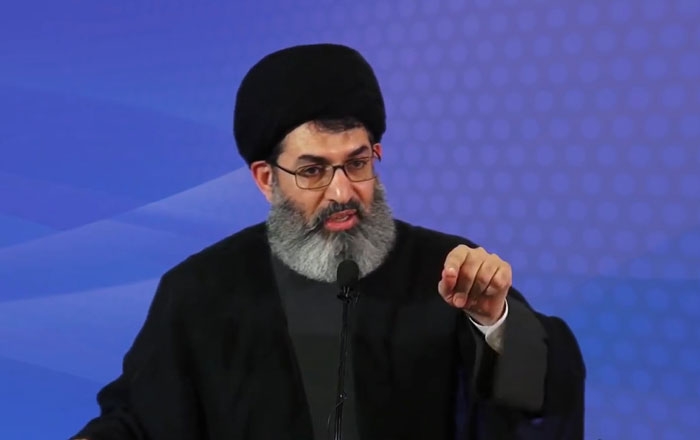 RNA - Hojatoleslam Seyed Hashim al-Haidari, leader of the Iraqi Resistance Front in the second national conference of Arbaeen noted: “It’s not possible to speak of the Husseini movement without practically being committed to the Ashura cause.”

“Spiritual achievement and domination of thoughts and concepts and values were ​​for Imam Hussein, and this is the art of Karbala,” he added.

The leader of the resistance front in Iraq stated that today concepts and values ​​of Karbala is everywhere after 1400 years and is getting stronger every day. Ashura will never be forgotten and will always remain fresh. The ultimate victory in Karbala was not a military victory but a spiritual victory. This victory has values ​​that remain to this day.

He added: "It is not necessary that military victory be accompanied by spiritual victory, and in history there has been no spiritual victory that its effects have remained this long. The boundary of spiritual triumph is much wider than the whole world. It’s the issue of success throughout history, thoughts and values that matters.”

Hojatoleslam al-Haidari expressed: "The great purpose of a spiritual war is [satisfaction of] God himself. Imam Hussein (AS) said in his last words to Allah before martyrdom that ‘I am pleased with your satisfaction and submission to your order.’”

He pointed out that the obvious conditions of a military victory include presence of military forces and people in the scene and the superiority of weapons and equipment. The enemies of Imam Hussein (AS) had all these, but a real and spiritual victory was with Imam Hussain. If one side reaches the highest spiritual peaks, he can achieve spiritual victory against a massive army.

He added: "Everyone saw what martyr Hojaji did to the society and what a huge impact he had over people. Netanyahu used to say that the Kurdish government is a strategic reserve for them, but with presence Commander Suleimani and Heshad al-Sha'abi, we overcome the Zionist enemy there.”

Hojjatoleslam al-Haidari stressed: Today is the day of overcoming of reason over ignorance, morality over oppression and overcoming of hereafter over the worldly life in the heart of man. As the Supreme Leader of the Revolution (Ayatollah Seyyed Ali Khamenei) said, we have no secular Majlis, and we need to provide conditions that the message of Ashura become more popular.”

The leader of the resistance front in Iraq stated: "Islam must not only be a religion of rituals. Islam should be purely political, revolutionary, and Jihad with insight, otherwise it would be a secular Islam. after 40 years, the Supreme Leader is still worried about cultural invasion [on Muslim countries]. The cultural front is much more sensitive and vulnerable and a cultural influence is much more dangerous than a military influence.”

He stressed that "Arbaeen must unify Iraq, and we will not allow Iraq to disintegrate. The resistance front must help preserve unity of the country during Arbaeen. We are more concerned with cultural and intellectual influence than the issue of Kurdistan.

Hojjatoleslam al-Haidari, emphasizing on maintaining the resistance front, said: if Iran is strong, Iraq will also be strong. Whenever Iran is in conflict and internal disputes, we are concerned. Iran is our last hope, and if Iran was not there when the resistance front needed it, Hezbollah and Hashd al-Sha'abi (popular mobilization forces) couldn’t have been successful either.”

"Iran is the heart of the Islamic world. I am on the blacklist of Western intelligence agencies and my life is in danger; nevertheless, I urge you not to report the internal problems of Iran on a regular basis, which will disappoint the countries of the region,” he added.

“Every single victory of the resistance front has the potential of disappearing,” he pointed out.

Tags: Sayyid Hashim al-Haidari Hashim al-Haidari
Short Link rasanews.ir/201oj0
Share
0
Please type in your comments in English.
The comments that contain insults or libel to individuals, ethnicities, or contradictions with the laws of the country and religious teachings will not be disclosed