Iran has progressed despite sanctions

Rasa – A member of the Society of Seminary Teachers of Qom said that Iran has seen good growth in the scientific, military and aerospace arenas despite the sanctions imposed on the country by the United States and arrogant powers. 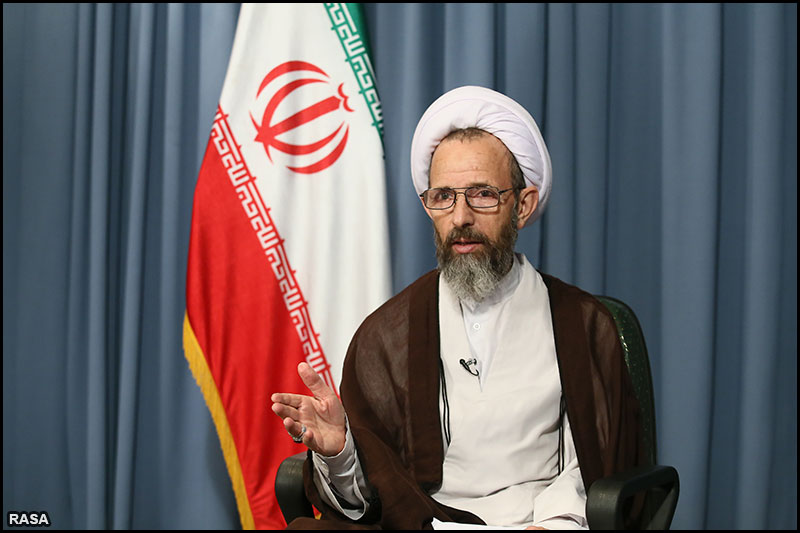 RNA – In a conversation with Rasa News Agency, Ayatollah Mahmoud Rajabi, a member of the Society of Seminary Teachers of Qom and said, “Nothing except the wounding and defeat of the enemies in the face of the Islamic Republic was expected.”

The deputy director of the Imam Khomeini Educational Research Institute added, “Fortunately, the Islamic Republic has succeeded in dismantling the plots of the arrogant powers, especially for the United States and added, “The American president is an enemy who isn’t balanced mentally and psychologically. If a person like Donald Trump took any other position, it would be questioned.”

He said that the Americans were trying to establish a “new Middle East” and added, “The establishment of Daesh and the separation of the Kurdistan Region from Iraq are among the other conspiracies launched by the US and the arrogant powers which the Islamic Republic has defeated.”

Ayatollah Rajabi added, “Therefore, it’s natural that the arrogant leaders stick their heads in every place in order to be somewhat relaxed. The numerous defeats of the American plots against the Islamic Republic have been the source of their leaders’ anger.”

His Eminence said that the successes of Iran’s Islamic system of government in the military arena and its national sovereignty have made the enemies angry and explained, “The enemies didn’t achieve their goal of destroying Iran’s Islamic system but rather they saw that other countries have stood alongside Iran with their heads held high and also that Iraq, Syria and other regional countries have joined the Islamic Republic of Iran as arms of this country.”

The Iranian cleric said, “The enemies know that the Islamic Republic has created the Islamic Resistance and for this reason, they feel a sense of anger, malice and distress toward the Islamic system. If Trump didn’t reach the last point, he wouldn’t have gone so far.”

Ayatollah Rajabi has pointed out that such threats, insults and plots won’t have even the smallest effect on the people and the Islamic system or on the countries of the Resistance Front. We will see that the Americans and Zionists will be defeated and miserable and the Islamic Republic Iran will advance through this stage with authority.

The teacher in the Islamic Seminary of Qom added that if the new sanctions were to be effective, then the sanctions that the enemies have referred to as “prohibitive” would have been effective and stated, “If in the place of the Joint Comprehensive Plan of Action (JCPOA) we continued on our [previous] path in some way, the Americans would have definitely lost their economic, political and military power.”

He said the sanctions haven’t been harmful to the Iranian people, saying, “The country has seen good growth in the scientific, military and aerospace arenas despite the sanctions which has caused greater motivation for the enemies’ scientists and authorities.”

Ayatollah Rajabi added, “Currently, we are witnessing sign of greater solidarity, motivation and the ineffectiveness of threats and insults. The world understands the reasons for their insults and that they have no effect on the Islamic Revolution in terms of dignity and other aspects.”

Tags: Ayatollah Rajabi Rajabi DAESH JCPOA Trump Hujjat al-Islam Rajabi Donald Trump
Short Link rasanews.ir/201ogl
Share
0
Please type in your comments in English.
The comments that contain insults or libel to individuals, ethnicities, or contradictions with the laws of the country and religious teachings will not be disclosed