Saudi Arabia must handle political issues as it did Hajj

Rasa – Ayatollah Makarem-Shirazi said, “It looks like the Saudi government has come to the conclusion that following the US’ plans against Iran won’t be fruitful.” 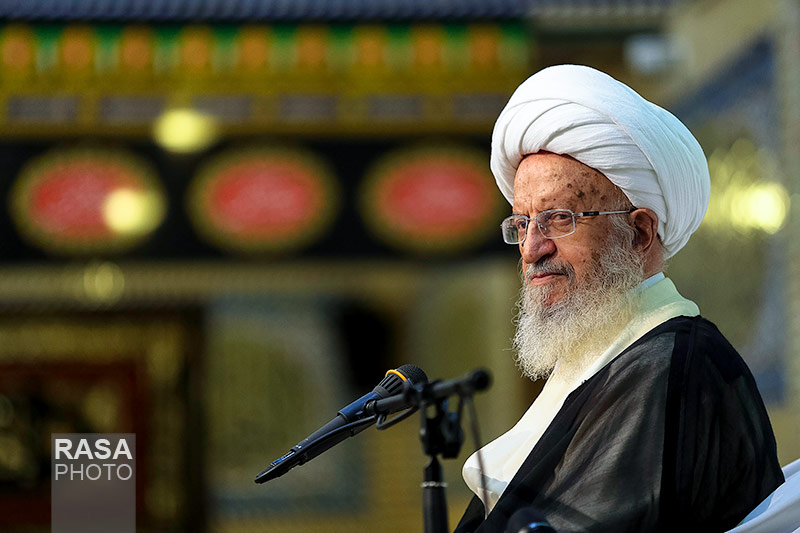 RNA – In a meeting with Hujjat al-Islam Ghazi-Askar, representative of Iran’s Supreme Leader for Hajj and Pilgrimage Affairs and Hamid Mohammadi, the head of Iran’s Hajj and Pilgrimage Organization, Grand Ayatollah Naser Makarem-Shirazi expressed his gratitude to them and their coworkers for organizing this year’s Hajj for the Iranian pilgrims in a good manner and said, “When people asked us if it was their duty to perform Hajj this year, we answered ‘put your trust in God and do it. God-willing, everything is going to be fine.’”

The revered source of emulation added, “Honestly we did not expect Hajj to be held in this good of a manner, but when the first group of our pilgrims entered Madinah and we asked them ‘how was the behaviour of the Al Saudi?’ It turned out they were very respectful.”

Ayatollah Makarem-Shirazi stated, “It looks like the Saudi government has come to the conclusion that following the US’ plans against Iran won’t be fruitful, and Saudi Arabia should choose another path. We hope they do the same in political issues, as well.”

The senior cleric remarked, “The Americans and their associates want the Islamic governments to constantly fight so their countries be divided and destroyed. Of course, Muslims must be awake and do not submit to their desires.”

Tags: Ghazi-Asgar Hajj and Pilgrimage Organization Makarem Iran Ayatollah Makarem Hajj Saudi Arabia Islamic Republic of Iran Saudi Ayatollah Makarem-Shirazi
Short Link rasanews.ir/201ofG
Share
0
Please type in your comments in English.
The comments that contain insults or libel to individuals, ethnicities, or contradictions with the laws of the country and religious teachings will not be disclosed