Preachers, eulogists should not seek profit

Rasa - A source of emulation based in Najaf pointed out that preachers, poets and eulogists should not seek profit. 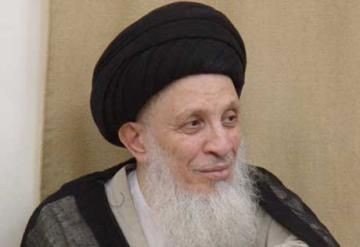 The source of emulation called for avoidance of extremism in conducting of Ashura rites, saying: "Hussaini Majlis should only be devoted to Sayyid al-Shohada. Other issues should be dealt with in their own specific time and place.”

Ayatollah Hakim, at the end, appreciated all Shiites of the world with different ethnicities and nationalities, for preserving Muharram rituals.

Muslims worldwide hold mourning rituals during the month of Muharram on the lunar calendar in remembrance of the sufferings imposed on Imam Hossein (PBUH), his family and his companions, by the tyrant of the time, Yazid I, an Umayyad caliph, in early Islamic history.

The events peak on the 10th day, traditionally known as Ashura — 40 days prior to Arba’een — when the Imam and 72 of his companions were martyred at the hands of the despot’s forces, to whom they had refused to pledge allegiance.

Tags: Ashura Hakim
Short Link rasanews.ir/201oeu
Share
0
Please type in your comments in English.
The comments that contain insults or libel to individuals, ethnicities, or contradictions with the laws of the country and religious teachings will not be disclosed