Rasa – The Friday prayer leader of Beirut warned the authorities of the Iraqi Kurdistan Region to recognize the Zionist regime’s plots in the region. 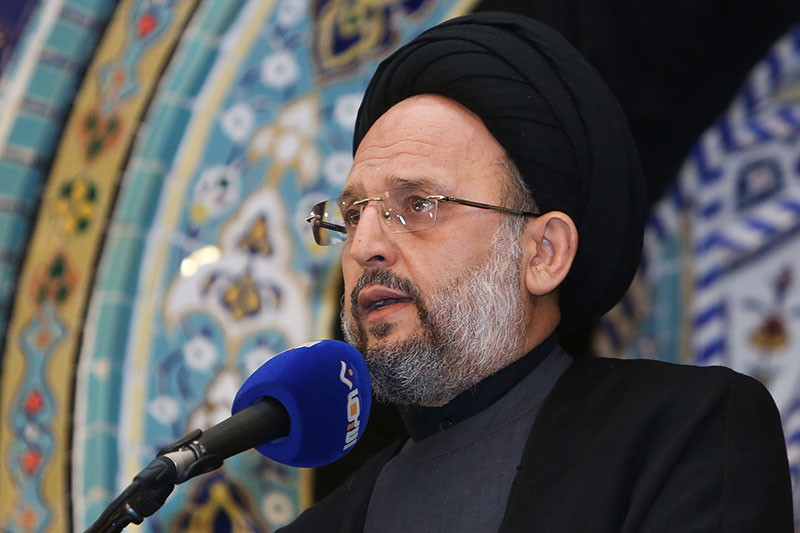 RNA – In his Friday prayer sermon delivered to a large and fervent crowd of believers in Haret Hrayk’s Imam al-Hasanayn Mosque, Hujjat al-Islam Sayyid Ali Fadhlullah spoke in regard to the referendum on the independence of the Iraq’s Kurdistan Region, saying, “We stress on the achievement of the rights of the Kurdish people, just like other citizens, but these will not be achieved through independence and separation because separation will only increase the problems of these people.”

He said the Kurdish authorities must realize that the support of the Zionist regime for holding a referendum and the separation of the Kurdistan Region from Iraq is not to help the Kurds but rather they want to plant the seeds of sedition and increase internal disputes in Iraq and abroad.

Hujjat al-Islam Fadhlullah said, “Dialogue and negotiation are the best way to solve problem and the opportunity for this still remains. The officials of the Kurdistan Region must respond positively to the Iraqi government’s call for negotiations because it’s possible that Kurdish independence may affect their relations with neighbouring countries and will certainly have dire consequences.”

The Friday prayer leader of Beirut paid tribute to the martyrdom operation of the Palestinian youth in Jerusalem [al-Quds], saying that the operation demonstrated that the Palestinian people, who were exposed to oppression and siege, could still use all possible means against the enemies, and bring about a sense of insecurity for the enemies.

His Eminence emphasized that the Zionists will pay heavily and will be forced to accept the legitimate rights of the Palestinians.

Hujjat al-Islam Fadhlullah described the operation as a natural response to the enemies’ crimes and said, “The Palestinian youths will not allow the Zionists to take away their rights.”

Referring to the arrival of the day of Ashura, he pointed out, “We ask God Almighty to teach us all the meanings of dignity, freedom and jihad in the movement of Imam Husayn. It’s a great mistake to consider Ashura as specifically for one denomination because Ashura confronts oppression, criminality, wasting public property and violating the rights of others.”

Hujjat al-Islam Fadhlullah emphasized the necessity of widespread participation in the mourning ceremonies for Imam Husayn on the Day of Ashura, adding, “These ceremonies are a symbol of the struggle of truth against falsehood and the struggle of justice against oppression.”