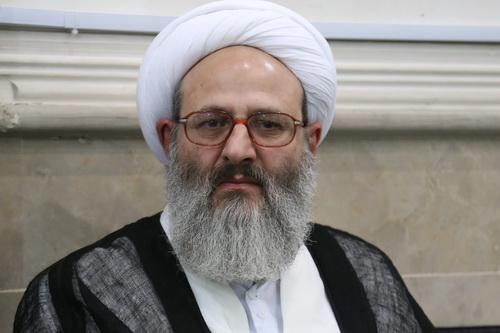 RNA – In an interview with the media, Ayatollah Mohsen Faqihi, senior Iranian Shi’ah scholar, made some remarks over the independence referendum in Iraq’s semi-autonomous Kurdistan region, which was held in defiance of widespread calls for its cancellation made by Iraqi government as well as Iranian and Turkish officials.

He asserted, “We believe in preserving the sovereignty of Iraq as a whole country and Iranian officials have vigorously voiced their support for the central government of Iraq.”

The seminary lecturer further remarked that Iraqi Kurdistan independence will cause their seclusion in the region saying, “Iran, Turkey, Syria and other countries must take a unified stance against this referendum and condemn such destabilizing moves.”

“Today, it seems as if the whole world is against the independence of Iraqi Kurdistan and apparently the United Nations has also condemned this referendum, but the Zionist regime is supporting it,” Ayatollah Faqihi concluded.

Tags: Ayatollah Faqihi Kurdistan Iran Kurd Iraq
Short Link rasanews.ir/201oYn
Share
0
Please type in your comments in English.
The comments that contain insults or libel to individuals, ethnicities, or contradictions with the laws of the country and religious teachings will not be disclosed