Rasa - Hezbollah Deputy Secretary General Sheikh Naim Qassem stressed that the Lebanese resistance group rejects the naturalization of the Palestinian and Syrian refugees in Lebanon, considering that it is their right to return to their countries safely. 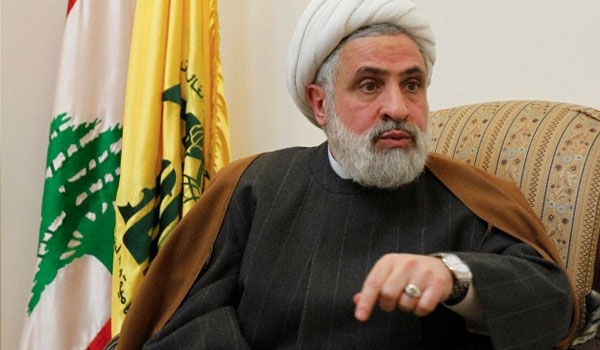 RNA - Delivering a speech in the context of mourning ceremony to mark the second Eve of Ashura in Beirut’s Dahiyeh, Sheikh Qassem called on the Lebanese government to take a final decision to end the Syrian refugees crisis in Lebanon before the international settlement, Al Manar reported.

He added that the coordination of carrying out any agreement with the Syrian leadership is a must.

Hezbollah Deputy Secretary General also said that had not the axis of resistance defeated the militants' self -proclaimed rule in the region, they would have struck the real Islamic values to deform the religion.

Tags: Palestinian Syria Lebanon Hezbollah
Short Link rasanews.ir/201oXt
Share
0
Please type in your comments in English.
The comments that contain insults or libel to individuals, ethnicities, or contradictions with the laws of the country and religious teachings will not be disclosed