Rasa – Hujjat al-Islam Yasin spoke out against the gradual normalization of the media relations of some Arab regimes with the Zionist regime. 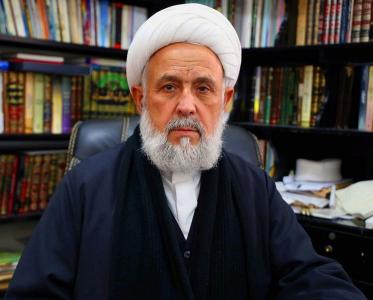 RNA – During a meeting with Fatah, Hujjat al-Islam Ali Yasin, the head of the Association of Scholars of Tyre, described the operation of the Lebanese army against the Takfiri terrorists as the source of salvation for Lebanon and said, “The actions of the Lebanese army were a major step forward in moving Lebanon toward security in the present atmosphere which is inflamed and full of tension.”

Referring to the 35th anniversary of the Sabra and Shatila massacre, Hujjat al-Islam Yasin pointed out that bringing an end to the Palestinian issue is one of the most important goals of the Zionist and American project and added, “They intend to do this by ignoring the right to return the Palestinian people and turning Palestine into a land that citizens are not entitled to return to.”

He continued, “Those who ordered the destruction of the Sabra and Shatila camps are those who now support the presence of extremist groups in the Lebanese camps.”

The head of the Association of Scholars of Tyre said that the equation of the Lebanese army, the Syrian army, the Islamic Resistance [Hezbollah] and the people of these two countries are the factors for the liberation of Syria, said, “We are hopeful that an equation of power for the liberation of Palestine will be formed. Every base and plan of the Islamic Resistance Axis, from Tehran to Iraq, Syria and Lebanon, is with the aim of liberating Palestine.”

His Eminence emphasized the protection of the Islamic resistance in Palestine as a natural and emphasized, “While the Arab regimes abandoned the issue of Palestine and rushed to normalize relations with the Zionists, the Islamic Resistance supported the Palestinian cause.”

Hujjat al-Islam Yasin spoke out against the gradual normalization of the media relations of some Arab regimes with the Zionist regime, saying that these regimes don’t act mercifully toward their own people, so we shouldn’t expect them to act merciful toward the Palestinian people.

The Sabra and Shatila massacre took place from September 16th-18th, 1982 and involved the killing of between 762 and 3,500 civilians, mostly Palestinians and Lebanese Shi’ahs, by a militia close to the Kataeb Party, also called Phalange, a predominantly Christian Lebanese right-wing party in the Sabra neighbourhood and the adjacent Shatila refugee camp in Beirut, Lebanon.