Rasa – Ayatollah Sobhani emphasized on learning foreign languages to convey the message of Islam to the world and considered the increase of specialized libraries as one of the blessings of Iran’s Islamic Revolution. 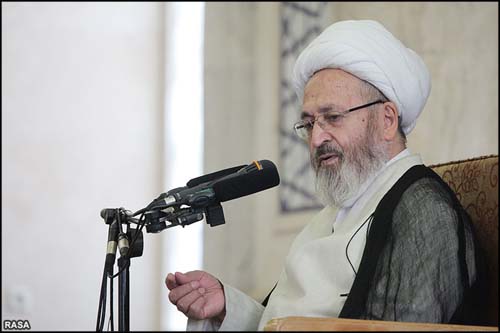 RNA – Speaking at the opening ceremony of the Foreign Languages and Islamic Resources Library, Grand Ayatollah Ja’far Sobhani said that during the time when we studied, the Islamic Seminary of Qom had only one library, said, “When we were studying, we had to go quickly to the library after prayers. We would go to the library because it we did not, it would be impossible to reach the books we needed.”

The revered source of emulation continued, “In the past, libraries did not meet the needs of the Islamic Seminary, but today God gives strength to Muslims and the clergy who have many specialized libraries. The establishment of a library for foreign languages is one of these initiatives.”

Saying that expressing the message of Islam to others requires learning other languages, the teacher in the Islamic Seminary of Qom added, “After learning foreign languages, libraries are needed because the house is not a place to write books but only temporary work can be done at home, and research work requires an open bookshelf and the researcher needs to have access to any book he needs.”

Ayatollah Sobhani said, “In the past, a person from France came to Iran to research Wilayat al-Faqih [Guardianship of the Jurisprudent] and I also introduced him to several books but there was no place to introduce him to read the books. But today, God has provided various libraries and we hope will be able to bring Shi’ah Islam to the world through regional languages.”