The destruction of privacy is one of the greatest emerging damages

Rasa – Hujjat al-Islam Mohammad Qotbi said, “According to the evidence, in the future we will not have something called privacy, so we hope clerics and missionaries plan and investigate for future management and such upcoming damages.” 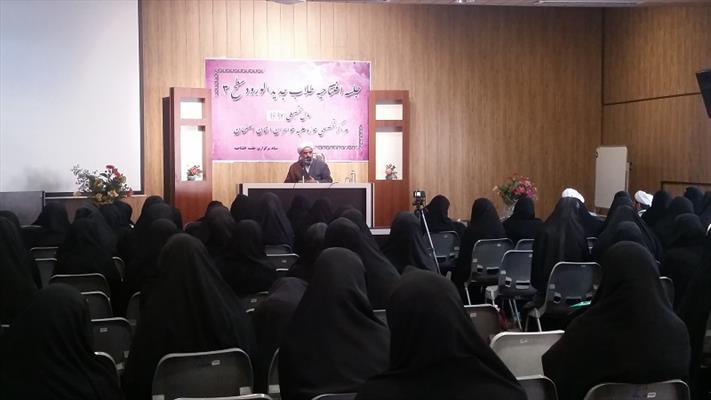 RNA – Speaking at a ceremony held for the new grade 3 students at the Lady Mojtahedeh Amin Educational Institute, Hujjat al-Islam Mohammad Qotbi, the head of Islamic Propagation Office of Esfahan, stated that through futuristic studies we have to prepare our vision, methodology and manners for the future world so we’ll be able to manage the future with an accurate understanding of it.

He added, “In the area of communication, physical space is expanding rather than digital, a combination of digital and physics, and it is expected that in the next decade, there would be over 220 billion physical devices connected to the Internet and make plans and decisions intelligently.”

Hujjat al-Islam Qotbi went on to say, “Given this situation, seminarians should assess the future conditions and see if their role in this new global arena would be more or less effective.”

He further added, "One of the things to happen in future is the development of tools, products and the media and replacing them with the human being. The product will be heavily developed in the world. therefore seminary scholars and missionaries should define the place of use of tools and products in promoting religion and explain the specifications of educational tools for religious issues.”

Hujjat al-Islam Qotbi stated, “According to the evidence, in the future we will not have something called privacy, so we hope clerics and missionaries plan and investigate for future management and such upcoming damages.”

“The destruction of privacy is one of the greatest emerging damages that is getting worse with time, so the next generation is in danger,” he added.

Tags: Qotbi Mohammad Qotbi Isfahan Esfahan Seminary Islamic Seminary Iran Seminary
Short Link rasanews.ir/201oVM
Share
0
Please type in your comments in English.
The comments that contain insults or libel to individuals, ethnicities, or contradictions with the laws of the country and religious teachings will not be disclosed