The perpetrators of terrorist attacks in Nasiriyah must be punished

Rasa – Following Thursday’s twin terrorist incidents in Dhi Qar governorate, the secretary-general of Iraq’s Harakat Hezbollah al-Nujaba resistance movement, issued a statement calling for the perpetrators of these attacks to be punished severely. 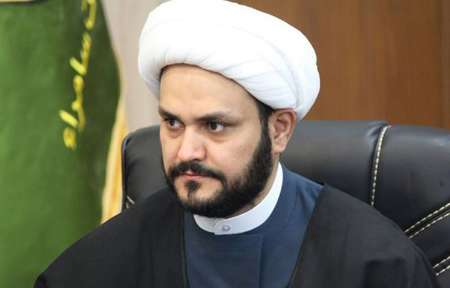 RNA – In a statement, Hujjat al-Islam Akram al-Ka’bi, the head of the Iraqi Islamic Resistance group, Harakat Hezbollah al-Nujaba (“The Movement of the Party of God’s Nobles”), reacted to Thursday’s twin terrorist attacks in the southern Iraqi city of Nasiriyah in Dhi Qar Governorate, which led to the martyrdom of at least 84 people and wounded about 93 others, some of whom were Iranian pilgrims.

Quoting Surah al-Shu’ara, verse 227 of Holy Quran, “And the wrongdoers will soon know at what goal they will end up,” the Iraqi Shi’ah cleric offered his condolences to the Iraqi nation and the families of the martyrs of Nasiriyah.

Hujjat al-Islam al-Ka’bi condemned this painful tragedy, saying, “The youth of this city played a major role in defending the sanctities, territorial integrity and unity of Iraq.”

His Eminence also described the people of Nasiriyah as “unforgettable fighters against the American invaders who also sent a large number of their children to the territories occupied by Daesh and to the battlefields and even astonished the enemies with their bravery, their drive and attacks.”

“These events make us more determined to continue the operations to liberate Iraqi regions and to pursue and punish the blind-hearted Takfiris and the clandestine groups, supporters and allies,” he noted.

Hujjat al-Islam al-Ka’bi also emphasized in this message, “We will not calm down until all of the occupied cities are liberated and politicians who support Daesh and stand behind all evil are expelled.”

At least 84 people, including eight Iranian martyrs, and about 93 others were wounded on Thursday in the twin terrorist attacks on a restaurant and a checkpoint in Nasiriyah in Iraq’s southern Dhi Qar Governorate.

Hours after the attacks, Daesh Takfiri terrorist group claimed responsibility for both attacks.