The full support of the Muslims of Myanmar is compulsory

Rasa – The representative of Tehran’s people in the experts called for the full support of Muslims in Myanmar and said: We expect practical, effective and immediate action from diplomatic, relief, military and other components of the Islamic Republic of Iran. 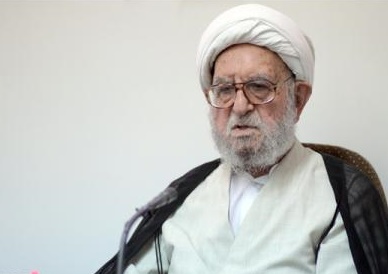 RNA – In a statement, Ayatollah Ebrahim Amini, a renowned Iranian Shi’ah scholar, member of the Assembly of Experts and a member of the Expediency Discernment Council, condemned the ongoing genocide against the Rohingya Muslims of Myanmar and called for the Islamic ummah to support the oppressed in all aspects.

Myanmar’s forces have been attacking Rohingya Muslims and torching their villages in Rakhine State since October 2016. The attacks have seen a sharp rise since August 25, following a number of armed attacks on police and military posts in the troubled western state. Since then, the United Nations says 300,000 Rohingya Muslims have fled to neighbouring Bangladesh.

The text of His Eminence’s statement is as follows:

The Prophet of God [Muhammad] said: “One who wakes up in the morning and is not concerned about the affairs of other Muslims is not a Muslim.”

For many years, the defenseless and oppressed Muslims of Myanmar have been attacked and oppressed by tyrannical rulers and by some extremist sects of that country and again in the past few days, which coincidentally coincided with the holidays of Eid al-Adha and Eid al-Ghadir, on the sidelines of the security and silence of the false claimants of human rights and freedom.

We are witnesses of one of the most brutal and sad events in human history such that even hearing a small amount of news and seeing a few of its images, hurts the heart and pains the breath in one’s chest.

The patience and endurance of these people is astonishing – despite suffering under various astonishing and incomprehensible torture, especially the women and children, they have not turned away from their belief in Islam for even a moment.

At this point, I consider the defense and the full support of the Muslims of Myanmar as a collective compulsory act and I call on all seekers of freedom in the world, both Muslims and non-Muslims, to help those oppressed and underprivileged in every way possible.

We also expect practical, effective and immediate action from diplomatic, relief, military and other institutions of the Islamic Republic of Iran.

Tags: Amini Rohingya Myanmar Ayatollah Ebrahim Amini Rohingyas
Short Link rasanews.ir/201oSj
Share
0
Please type in your comments in English.
The comments that contain insults or libel to individuals, ethnicities, or contradictions with the laws of the country and religious teachings will not be disclosed