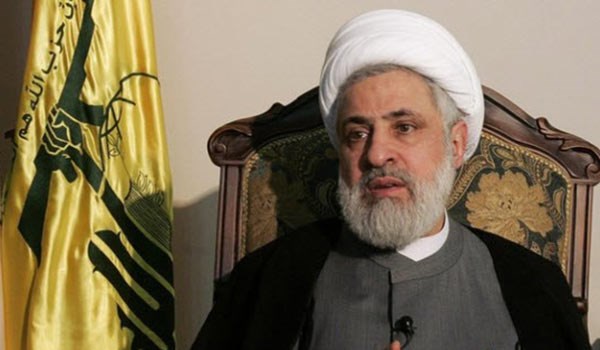 RNA - Sheikh Qassim said that the US has been left with no better option than to fight the “monster” of ISIL which they helped to create in the first place but which has “now shifted against them”, Al Waght reported.

He added that the US had to step back from its policy of regime change in Syria after multiple failures, as the terrorists they allegedly hoped to use as a proxy began posing a threat.

Sheikh Qassim added in his interview with RT that he believes US President Donald Trump has opted for a less confrontational approach in Syria of late after previous attempts to oust the Syrian government proved futile.

Arguing that the main interest of the US in the war on Syria was to “remove President Assad from power and change Syria's stance from resistance to American-Israeli friendly,” he praised Assad for being an effective leader, guiding his country through difficult times of war.

However, he went on to stress that the Syrian President’s fate lies exclusively in the hands of the Syrian people.

He also pointed out that there is an “effective” cooperation between the Syrian and Russian armed forces, Iran and Hezbollah, which has contributed greatly to Syria’s driving jihadists out of swathes of its territory.

The senior Hezbollah official also blamed the Israeli regime of fuelling the protracted Syrian conflict, particularly the regime's support of terrorist groups fighting the Syrian forces and affiliated militias in the south-western Syrian city of Daraa and the Israeli-occupied Golan Heights.

Sheikh Qassim further revealed that over 3000 militants fighting the Syrian government have received treatment in Israeli hospitals, adding that there have been reports of cross-border supplies of munitions and food from Israel to Syria.

Tags: Naeem Qassim ISIL Hezbollah
Short Link rasanews.ir/201oRF
Share
0
Please type in your comments in English.
The comments that contain insults or libel to individuals, ethnicities, or contradictions with the laws of the country and religious teachings will not be disclosed