Rasa – Ayatollah Makarem-Shirazi will be participating in a march on Eid al-Ghadir in order to raise public awareness about the significance of this religious holiday. 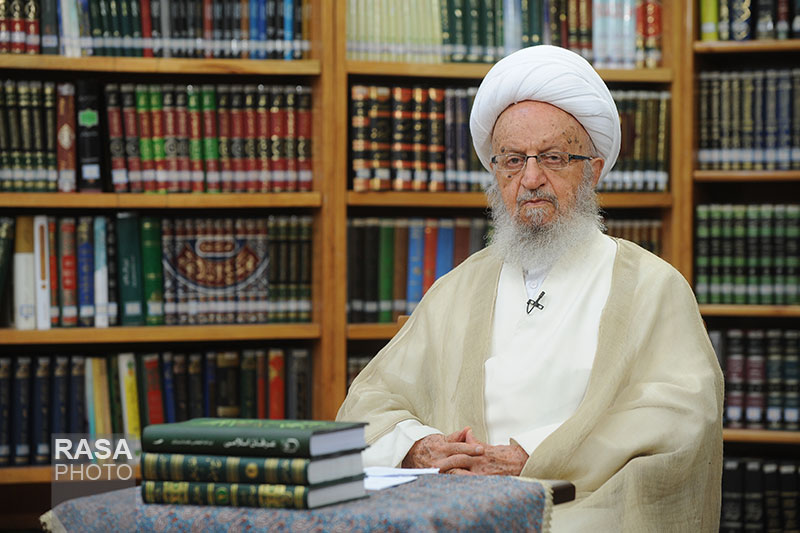 ​RNA – Speaking at his first advanced jurisprudence course in the new academic year in Qom on Sunday, senior Shi’ah cleric Grand Ayatollah Naser Makarem-Shirazi pointed out the great historic days to come at the end of Dhul-Hijjah month and said, “The birth anniversary of Imam Ali al-Hadi and Eid al-Ghadir are among the most important of these religious holidays.”

Stressing that Eid al-Ghadir is considered as a great day in the history of Islam, the senior scholar added, “Eid al-Ghadir is the foundation of imamate and we must cherish this day.”

Elsewhere in his remarks, Ayatollah Makarem-Shirazi asserted, “This year, a group of Ghadir enthusiasts started a campaign to raise awareness about this great holiday. They are preparing the necessary conditions in order to hold a public march from the Holy Shrine of Lady Fatimah al-Ma’sumah to the Holy Jamkaran Mosque in Qom in the afternoon of Eid al-Ghadir. I really hope this walk turns out to be a magnificent one.”

The revered Shi’ah source of emulation also announced that he will be participating in this march on Eid al-Ghadir in order to raise public awareness about the significance of this religious holiday saying, “My presence will be to commemorate the great event of Ghadir Khumm and I hope this march goes public in other cities as well so that Ghadir Khumm will always be remembered and celebrated.”