Rasa – The vice-president of the Executive Council of Hezbollah stressed that Syria and Iraq will be completely cleared of terrorists in less than a year. 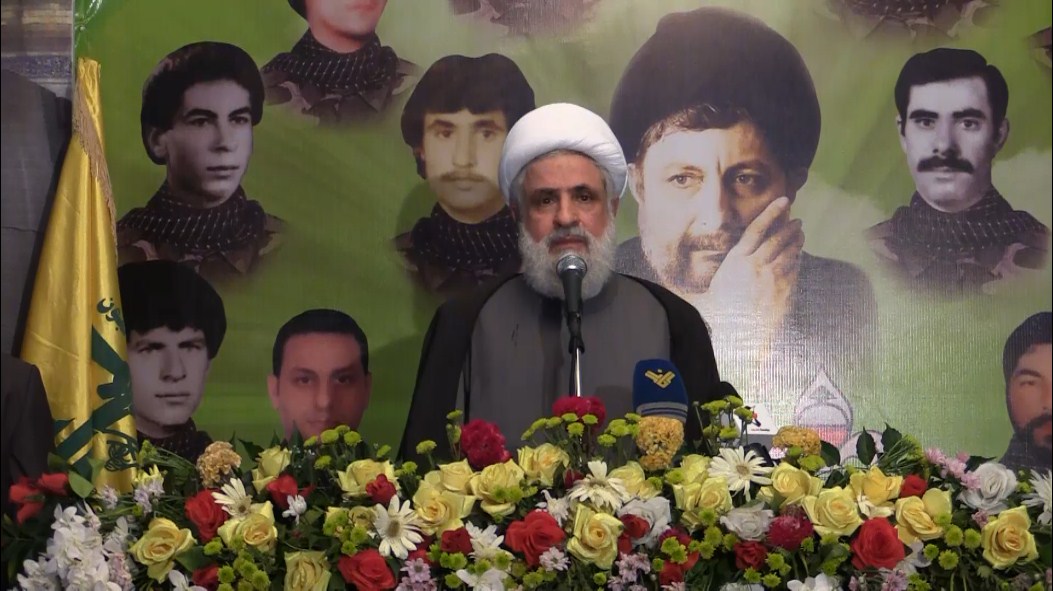 RNA – Speaking at a ceremony in Tyre commemorating two martyrs, Hujjat al-Islam Na’im Qasim, the vice-president of the Executive Council of Hezbollah, said, “We are commemorating the anniversary of the abduction of Imam Musa al-Sadr from the scene of jihad and he is one of the true symbols of resistance, jihad, nationalism and Islam.”

“Imam al-Sadr was the leader of the warriors and founder of the Islamic Resistance [Hezbollah] in Lebanon and today, Lebanon is blessed by the resistance and jihad of these forces,” he added.

He described the Islamic Resistance as a factor in Lebanon’s strength, adding that Lebanon’s security and stability is also due to the noble forces of the Resistance in various posts and Imam al-Sadr has also launched the training of the warriors with the clear title of “al-Quds [Jerusalem] must be liberated by noble believers.”

“When we saw the correctness of our actions in the Resistance and the expulsion of Israel, we came to a definitive conclusion. The blood of the Hezbollah warriors and the Amal Movement and all the powers that stood against the Zionist regime worked together to achieve this great victory,” he added.

Referring to the claims of some groups claiming that Hezbollah and the Amal Movement are hoarding Shi’ism and the Resistance, Hujjat al-Islam Qasim said, “We have repeatedly said that anyone who wants to step in this direction and has the ability to satisfy the people, should be present at the scene, but they went to the American embassy to get weapons. Efforts have been made to destroy the relations between Hezbollah and Amal, but Sayyid Hasan Nasrallah and Nabih Berri, as leaders of these two movements, are strongly opposed to these conspiracies.”

Opponents of Resistance will die a hundred times a day

The Lebanese Shi’ah cleric noted that Daesh was completely defeated in Iraq and Syria in less than a year and said, “The supporters of the Resistance mustn’t be affected by the words of those who hate the victories of these honourable people. They have so much enmity and pain in their hearts that they will die a hundred times a day.

Defeat of the Zionists will only be achieved through resistance

Hujjat al-Islam Qasim said, “Diplomacy lasted for 22 years but only through resistance were we able to expel the Zionists in 2000 to attain the biggest victory and achievement in the region. In Syria, the same trend occured and contrary to the claims of some, we believed that the war was aimed at destroying Syria and turning it into a Zionist Syria.”

The senior Hezbollah official said that Takfiris from 80 countries have gathered in Syria and noted the widespread financial, arms and spiritual support to the terrorists and said, “No one dared to stand against the Takfiris but the Resistance Axis engaged in jihad and sacrifice to return Syria to the Resistance.”

“This movement has always been telling the people that the Syrian crisis will also be transmitted to Lebanon but the true children of Lebanon will stand against this problem and Lebanon will remain secure and stable despite the six-year crisis in Syria,” Hujjat al-Islam Qasim said.