Rasa - A court in Bahrain has postponed until later this year the trial of distinguished Shia cleric Sheikh Isa Qassim, whom the ruling Al Khalifah regime has stripped of citizenship. 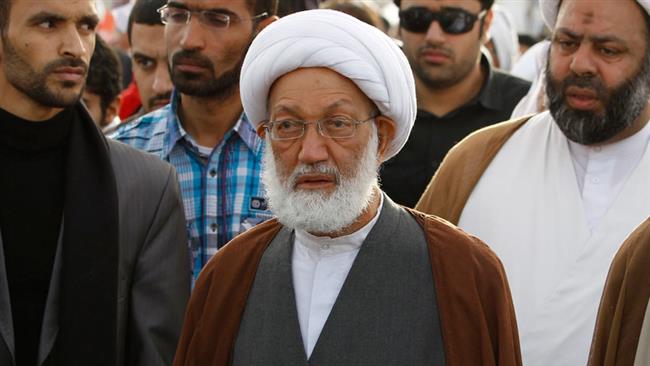 RNA - On Monday, the High Criminal Court adjourned the trial of the 77-year-old clergyman, who is the spiritual leader of the country’s dissolved opposition bloc, al-Wefaq National Islamic Society, until March 14 and rejected calls for his acquittal.

However, the cleric’s defense lawyer, appointed by Bahrain’s Ministry of Justice, asked for the halt of the court procedure and the referral of the case to the Constitutional Court, Arabic-language Bahrain Mirror news website reported.

Throughout his trials, Sheikh Qassim has neither attended court hearings nor delegated a lawyer to defend him.

The Manama regime has pressed charges of “illegal fund collections, money laundering and helping terrorism” against Sheikh Qassim, who has strongly denied them.

Tags: Isa Qassim Cleric Manama Shia Al Khalifah bahrain
Short Link rasanews.ir/201nGu
Share
0
Please type in your comments in English.
The comments that contain insults or libel to individuals, ethnicities, or contradictions with the laws of the country and religious teachings will not be disclosed