Arab rulers have relations with Israeli, US intelligence agencies

Rasa – Shaykh Mustafa Malas said that the intelligence agencies of the US and the enemies of Islam have been able to dissuade Arab governments and rulers from fighting against Israel. 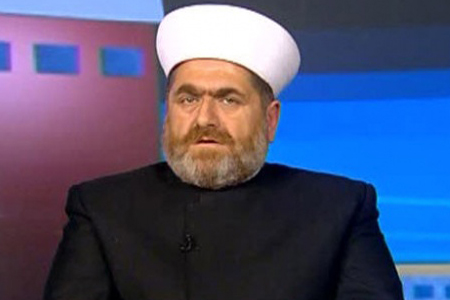 RNA – In an interview with Rasa News Agency, Shaykh Mustafa Malas, the head of the Lebanese National Solidarity Council, referred to the coalition between some Arab countries and Israel and the betrayal of the aspirations of the Palestinian people and said that the current situation in the Islamic world is very sensitive and accurate.

The Lebanese Sunni cleric explained, “Unfortunately, the intelligence agencies of the United States and the enemies of Islam have been able to dissuade Arab governments and rulers from fighting against Israel and these Arab countries have united with Israel against the Muslim ummah by building alliances with Israel.”

Shaykh Malas said that in these conditions, we must focus on this issue that our primary enemy is Israel and no other country is as dangerous for the Muslim ummah as Israel and the US are.

“The creation of enemies between Muslim countries is a new conspiracy by the imperialist powers of the world. The Islamic Republic of Iran is an important part of the Islamic ummah,” he said.

He explained that from the beginning of Iran’s Islamic Revolution in 1979 until the present, Iran has extended its hand of friendship toward the Arab countries and all freedom-loving countries and said, “We know that currently, the Islamic ummah is in a state of passivity and all their efforts are spent in an attempt to get out of this passivity.”

“Unity, solidarity and resistance are the only way out of these problems,” he added.

In another part of his speech, Shaykh Malas said, “I believe that if the people of the region were awake and vigilant, they would never be satisfied with the oppressive policies which prevail in the region. No nation is satisfied with living a humiliating life and unfortunately, this is this something that we see today in some Arab countries.”

The head of the Lebanese National Solidarity Council referred to the revolutions in the Middle East, which were called the “Arab Spring” and the “Islamic Awakening,” and considered it necessary to support the Palestine and Islamic ideals.

“Now, it has been proven that the exact cause of the Arab Spring isn’t entirely an internal issue but rather some foreign countries created this project to gain dominance over the Muslim world. This project has failed because the plan didn’t originate from the people but rather foreign enemies were involved in it,” he said.

Shaykh Malas explained the reasons for the popular uprisings in the Arabic countries, including Bahrain, and said pressure from governments and the creation of an atmosphere of repression and terror against the people are among the most important factors is the uprisings of the people of the region.

“I believe that the wars against the people of Yemen and Bahrain were launched in order to complete the plan of the Arab Spring and they will definitely fail,” he said.