Rasa - Lebanon’s Hezbollah resistance movement has called on the Persian Gulf countries to cooperate with Iran, stressing that the collaboration contributes to regional stability, what the US and Israel do not want. 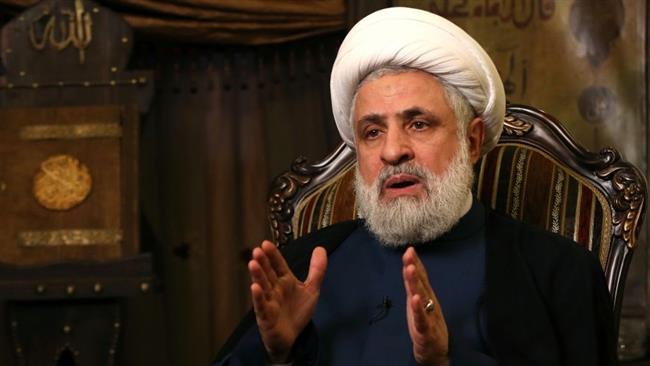 RNA - Hezbollah Deputy Secretary General Sheikh Naim Qassem made the remarks in an address on Saturday marking the anniversary of the 1979 Islamic Revolution in Iran.

"If [Persian] Gulf countries want to thrive and live at ease, they should cooperate with Iran," Qassem said, noting that working with the Islamic Republic “is a source of power for the [Persian] Gulf's security and stability and the future of the region."

The Hezbollah official further emphasized that Saudi Arabia and other regional countries have dismissed Tehran’s initiative for closer ties.

"Iran has always extended its hand to Saudi Arabia and the countries of the region ... but they have always refused because the United States doesn't allow it and Israel doesn't benefit. Despite that, Iran continues to extend its hand," he said.

Qassem also hailed Iran’s positive regional role and said that it had transferred the region from "the era of defeat to that of victories.”

Hezbollah is "proud" of Iran’s support as the country is a "giver and not a taker” and “never asked for anything in return from Hezbollah or Lebanon,” he added.

The Hezbollah official said the Islamic Republic has proven to the people of the region that they "can make their own choices in building the future against injustice, monopoly and occupation."

Hezbollah, which enjoys Iran’s unwavering support, is credited with defending Lebanon against wars waged by Israel.

The resistance movement has also been successfully helping the Syrian army in its fight against foreign-backed terrorists.

Tags: Iran Persian Gulf Hezbollah
Short Link rasanews.ir/201nAR
Share
0
Please type in your comments in English.
The comments that contain insults or libel to individuals, ethnicities, or contradictions with the laws of the country and religious teachings will not be disclosed