Iran has placed issue of Palestine as a priority

Rasa – A Lebanese Sunni scholar said that with the victory of the Islamic Revolution, the Palestinian issue was placed as a priority of the foreign policy of the Islamic Republic of Iran. This issue should never be underestimated. 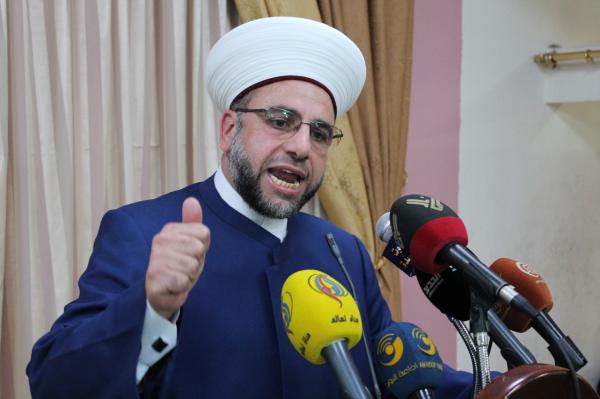 RNA – In an interview with Rasa News Agency, Shaykh Maher Abdul-Razzaq, the Secretary-General of Lebanon’s Reform and Unity Movement, said that the “blessed” Islamic Revolution in Iran was a major revolution on an international scale and explained that this revolution was a popular uprising in its complete meaning as the Iranian nation took steps away from tyranny toward progress and prosperity.

“The revolution that Imam Khomeini began stood against tyranny and was an important move in opposition to the American-Zionist project in the Middle East. This revolution gave renewed impetus to the Muslim world,” he said.

The Lebanese Sunni scholar said that on the other hand, this revolution has had a direct impact on other issues in Islamic world, such as the issue of Palestine and noted that this important issue has been forgotten and has been neglected by Islamic and Arabic and noted, “With the victory of the Islamic Revolution, the Palestinian issue was placed as a priority of the foreign policy of the Islamic Republic of Iran. This issue should never be underestimated.”

Shaykh Abdul-Razzaq said that the revolutions in the Arabic world, under the title of the “Arab Spring” or “Islamic Awakening,” have been interpreted in many ways and explained, “We were initially hopeful of a repeat of the experience of the Islamic Revolution in the Arab world but we were increasingly faced with a mirage. This means that not only did these revolutions not achieve anything for the Arab nations but rather the situations in these countries became worse than in the past.”

He said that in some countries, there has been a conspiracy against the Muslim ummah and that there isn’t any resemblance between Islamic Revolution in Iran and the revolutions in the Arab world. There was initially some hope that a real uprising would occur in the Arab world against the oppressive monarchies but this didn’t occur.

“One of the problems facing the Arab revolutions was that they didn’t take Iran’s Islamic Revolution as a role model. Although the Islamic Revolution was victorious, the Shah relied on the West in the region and never assumed that he would lose such an ally,” he said.

Shaykh Abdul-Razzaq stressed that Imam Khomeini was truly a special character and had features that hardly anyone in contemporary history has had. We have seen many revolutions have ended at that moment but Iran’s Islamic Revolution was able to survive.

“One of the most important pillars of the survival of the Islamic Revolution is Imam Khomeini. The imperialist project was truly defeated by the founder of Iran’s Islamic Revolution and the accompaniment of the Iranian nation,” he noted.

The Sunni cleric said that there is potential and capabilities among many Islamic movements in the Arab world but their efforts have been hampered by their inexperience and negligence and also added that that the lack of a leader in Arab society is one of the reasons for the failure of the Arabic revolutions.