Rasa – “It has been recently claimed that Iran is interfering in the affairs of Bahrain, these claims are false. Iran only provides motivational and spiritual assistance to the Shi’ahs of that country,” said a senior teacher within the Islamic Seminary. 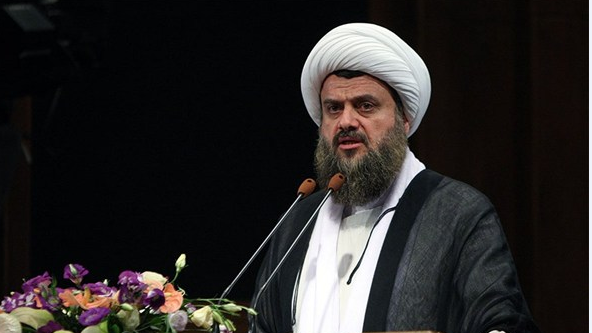 RNA – Ayatollah Mahdi Hadavi-Tehrani in a gathering with students to show solidarity with the people of Bahrain, said, “From the very beginning, Ayatollah Isa Qasim was opposed to the idea of ‘regime change’ and did not see it being beneficial to the Shi’ahs of Bahrain.”

He added, “Because of this Ayatollah Qasim entered the fray with a diplomatic slogan and focused on this issue that the governmental posts of Bahrain should be allocated equally and not based upon corrupt elections which resulted in keeping the Shi’ahs in a minority.”

Ayatollah Hadavi-Tehrani went on to stress, “The activities of Ayatollah Qasim and Ayatollah Ali Salman in Bahrain have nothing to do with sectarianism between Sunnis and Shi’ahs, but rather they had a diplomatic and democratic request. However, the Al Khalifah regime carried out negative propaganda against them so that they could achieve their own goals.”

Tags: Bahraini Revolution Iran Ayatollah Isa Qasim Hadavi-Tehrani Ayatollah Hadavi Islamic Republic of Iran bahrain
Short Link rasanews.ir/201n5L
Share
0
Please type in your comments in English.
The comments that contain insults or libel to individuals, ethnicities, or contradictions with the laws of the country and religious teachings will not be disclosed