Rasa – Ayatollah‌ ‌Emami-Kashani pointed to the growing anti-US sentiments in the world, saying more and more regional countries begin to rise against the US hostile plots. 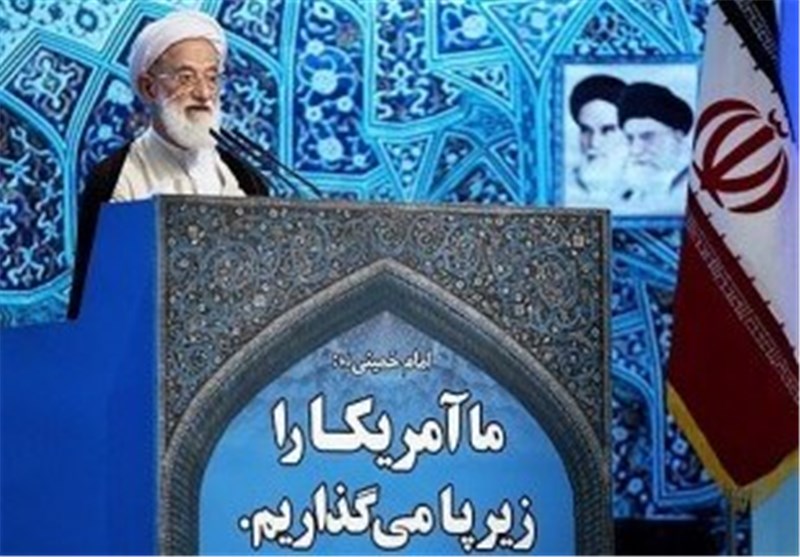 RNA – Speaking during his Friday prayer sermon at University of Tehran, Ayatollah Mohammad Emami-Kashani said, 37 years after victory of the Islamic Revolution, when only the Iranian nation rose against United Statesn tyranny, people in other countries such as Iraq, Bahrain, Yemen and Syria are now filled with anger at the US criminal acts that are carried out by mercenaries in their countries.

“The wrath (at the US) has become global,” the cleric added, saying Washington and the Zionist regime of Israel are behind the atrocities against Muslim nations.

On November 4, 1979, and in less than a year after the victory of the Islamic Revolution that toppled a US-backed monarchy, Iranian university students that called themselves “students following the line of (the late) Imam (Khomeini)” seized the US embassy in Tehran, which had become a center of espionage and planning to overthrow the newly established Islamic system in Iran.

Every year on the 13th day of the Iranian month of Aban (November 4), the Iranian nation, particularly the students, hold rallies across the country to mark the day.

Elsewhere in his comments, Ayatollah Emami-Kashani lashed out at the US presidential candidates for deviation from the religious values and boasting about crimes against the oppressed instead of coping with the US internal affairs.

His comments came after the Supreme Leader of the Islamic Revolution, Ayatollah Sayyed Ali Khamenei, denounced the American presidential candidates for their comments during the debates.

“The (ongoing) election campaigns in the United States and the issues raised by the two candidates constitute a clear and evident example of the consequences of lack of spirituality and faith among those in power,” the Leader said on October 20.

“During the coming weeks, one of these two candidates in the American (presidential) election, whose remarks and condition you observe, will become the president of a country which has power and wealth and the biggest amount of nuclear weapons as well as the biggest media in the world,” Ayatollah Khamenei said.

The US presidential election will be held on November 8.

Tags: Kashani election Tehran Emami Kashani Emami-Kashani Tehran Friday Prayers Tehran's interim Friday Prayer University of Tehran
Short Link rasanews.ir/201mSt
Share
0
Please type in your comments in English.
The comments that contain insults or libel to individuals, ethnicities, or contradictions with the laws of the country and religious teachings will not be disclosed