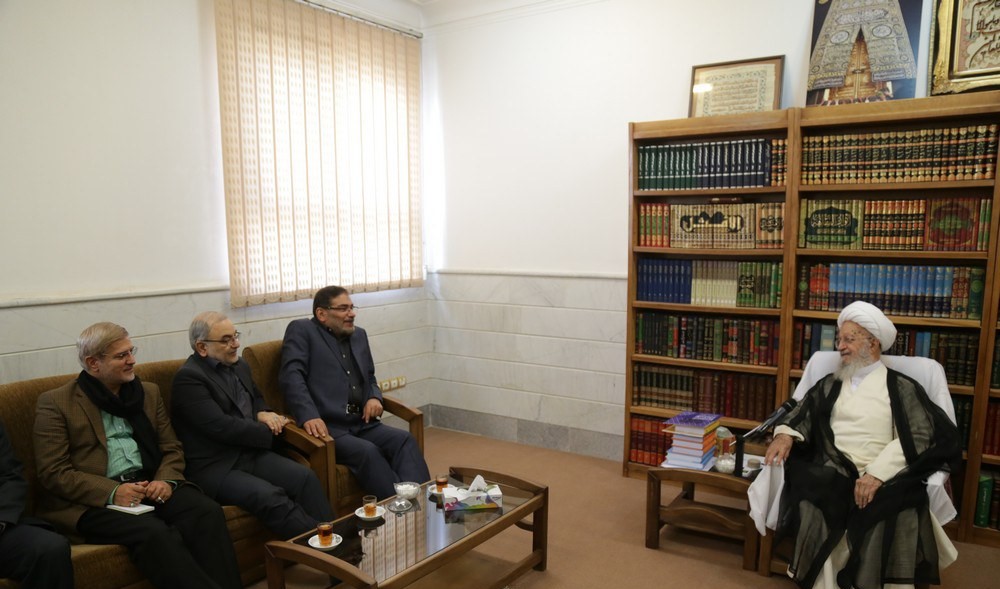 During the meeting, Ayatollah Makarem-Shirazi reiterated that Iran’s stability and security is a divine gift, so Iranians must be grateful to God for living in such a secure country.

The Shi’ah source of emulation further pointed out the threats by Takfiri terrorists against the Islamic world and against all mankind and urged the entire world to pay attention to the roots of Takfirism and their origin saying, “As you already know, numerous Islamic scholars condemned the Wahhabi doctrine in their recent conference held in Grozny, Russia.”

Ayatollah Makarem-Shirazi added that at that conference the scholars announced that Wahhabism is not an Islamic sect and they also stated it is the source of Takfirism and that Wahhabis continue to spread such thoughts.

Tags: Grozny Takfiri Terrorism Takfiri Wahhab Wahhabi Qom Russia Wahhabis Wahhabism Ali Shamkhani Takfirism Ayatollah Makarem-Shirazi
Short Link rasanews.ir/201mSm
Share
0
Please type in your comments in English.
The comments that contain insults or libel to individuals, ethnicities, or contradictions with the laws of the country and religious teachings will not be disclosed