Lausanne talks an American game to direct their election

Rasa – Hujjat al-Islam Eslami stated that the Lausanne peace talks were an American game to direct their upcoming presidential election and added that the internal situation and the election in the US influenced the Lausanne talks. 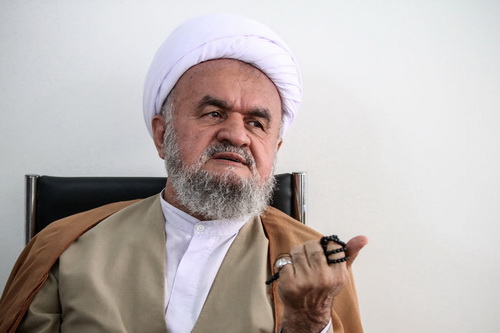 RNA – In an interview with Rasa News Agency, Hujjat al-Islam Ali Eslami said that all political attempts at settling the ongoing crisis in Syria have been ineffective and said direct intervention by the three major Western powers – the United States, the United Kingdom and Israel – are barriers to the settlement of the Syrian crisis as these powers have continuously created terrorist groups with various changing names to destroy the security and peace in the region and in Syria.

The representative of Qazvin in the Assembly of Experts said that until the conspiracies of these countries are frustrated, there will not be peace in Syria, especially since a number of regional countries, including Saudi Arabia, Qatar, Jordan and Turkey, are under the domination of the Western powers.

Hujjat al-Islam Eslami stated that the Lausanne peace talks were an American game to direct their upcoming presidential election and added that the internal situation and the election in the US influenced the Lausanne talks.

“This was reflected in the [US] media propaganda which is in favour of the Democratic Party because the supporters of this party called for peace and tranquility in Syria,” he said.

His Eminence said the goal of the enemies is to draw Iran into the tension and war that they have created in Syria and Iraq. “Therefore, we must resist the enemies in these areas,” he said.

He said that the Takfiri phenomenon commits its actions openly because they seek to create dissension, division and civil war in the region and engage in innovations which harm Islam. “Our scholars have a responsibility to defend Islam and Muslims in this regard,” he added.

In conclusion, Hujjat al-Islam Eslami said that the US seeks to divide and plunder the world’s resources and set groups against each other in order that they remain in peace.

Tags: Takfiri Terrorism US Takfiri Syria syrian crisis Ali Eslami Takfir USA Syria developments Takfirism America
Short Link rasanews.ir/201mSW
Share
0
Please type in your comments in English.
The comments that contain insults or libel to individuals, ethnicities, or contradictions with the laws of the country and religious teachings will not be disclosed