Rasa – Shaykh Khalid al-Mulla said that the Iraqi people have achieved remarkable successes in the armed war against the enemies since 2003 but specific action has not been taken in the war against the spread of the Takfiri ideology in the country. 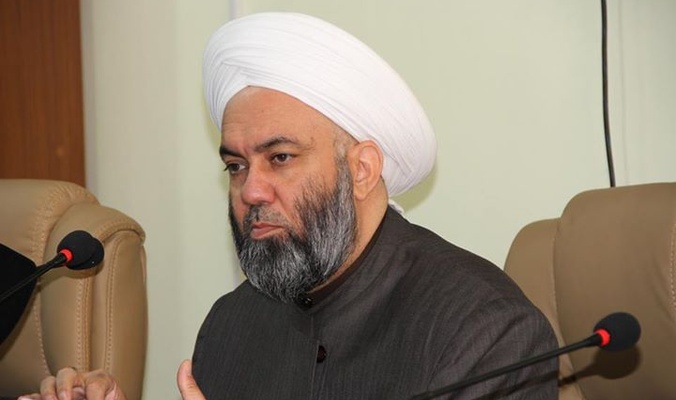 RNA – In an interview with Iraq’s al-Ghad Press website, Shaykh Khalid al-Mulla, the chairman of the Association of Sunni Scholars of Iraq, emphasized the need to fight terrorism and the Daesh Takfiri terrorist group in Iraq.

The Iraqi Sunni cleric and said the fight against terrorism does not mean only using aircraft and tanks but rather fighting an ideological war against deviant and extremist thought and ideologies from the pulpits has great importance.

He added: “Through their actions, Daesh has challenged the traditions and sayings from the Prophet Muhammad and has challenged Islamic beliefs in such a way that they have had the ability to have a greater impact on society than us through their propaganda.”

Shaykh al-Mulla said that by issuing deviant fatwas, Daesh has put the Islamic ummah under its influence and stressed that we must not be silent in regard to their actions.

Shaykh al-Mulla added, “Do we have a plan to combat the extremist and deviant ideologies spread by the terrorists in the schools, mosques and universities of Iraq?”

In other remarks, the chairman of the Association of Sunni Scholars of Iraq referred to a conference entitled “Together with Iraq: To Eradicate Terrorism and Takfirism” which was held by the Supreme Council of the World Assembly of the Islamic Awakening which concluded on Sunday and said this conference comes in conjunction with the major security challenges and the ongoing operation to liberate Mosul, which Daesh considers as its capital.

He noted that this two-day gathering in Baghdad was held was attended by more than 50 clerics, scholars and intellectuals from 22 Islamic nations.