Rasa – Hujjat al-Islam Mirkatouli said that today, just as in the past, the enemies are greater in number and also currently, the enemies of Islam are strongly against the worldwide government that Imam al-Mahdi will establish and are planning against it by spreading Islamophobia. 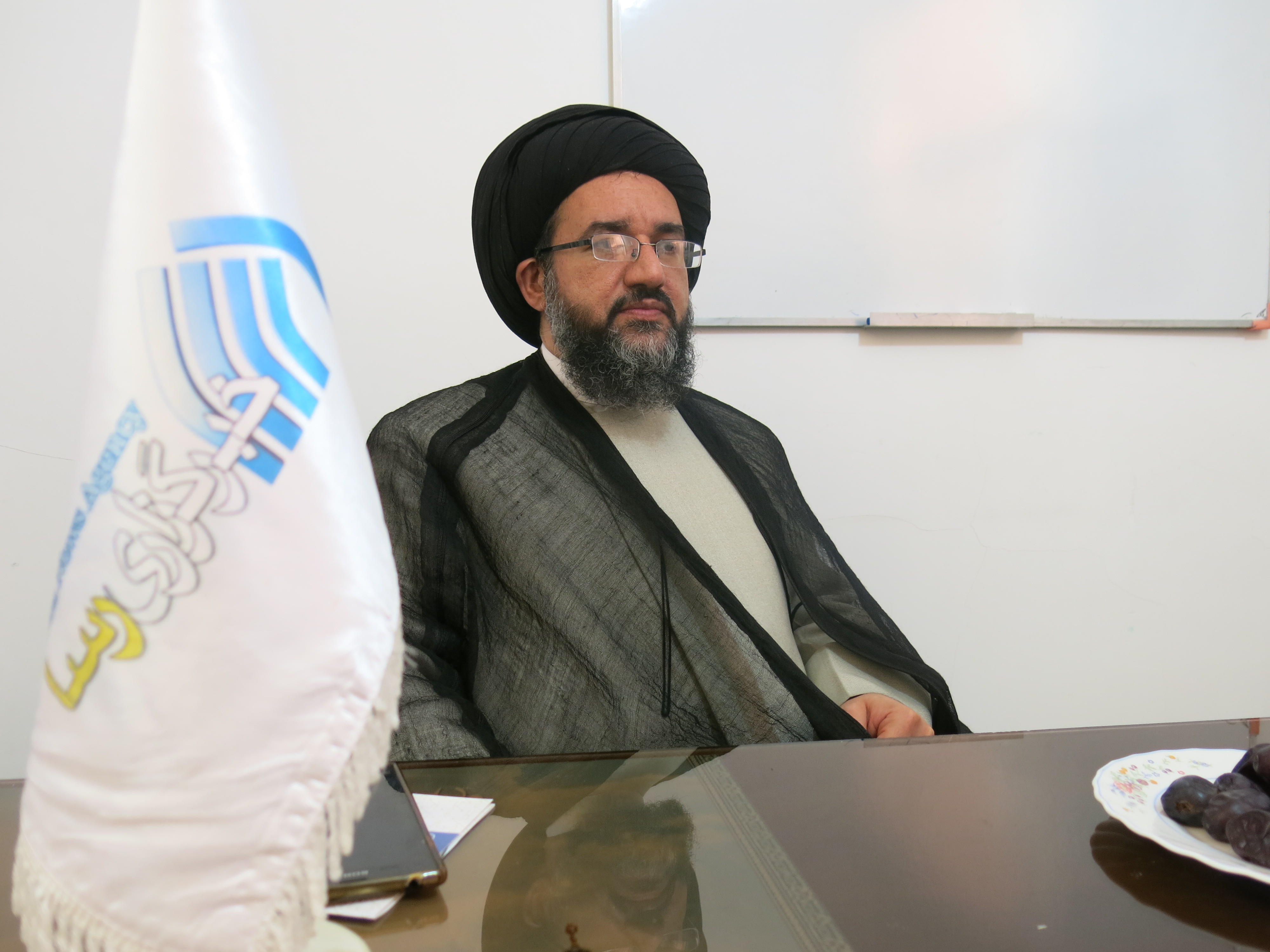 RNA – In an interview with Rasa News Agency, Hujjat al-Islam Sayyed Mortaza Mirkatouli said that today, the enemies of Islam are using the atmosphere of intellect and scholarship to destroy the religion and stressed, “We also must enter into this same atmosphere in order to advance the goals of Islam. The enemies have come to the conclusion that the power of logic in Islam is advanced and for this reason, they are fearful.”

The member of the Specialized Centre for Quranic Exegesis said that although the army of Imam Husayn was much smaller than that of the army of Umar ibn Sa’d, it had the lofty power of logic.

“During early Islamic history, the enemies of Islam told their adherents not to listen to the words of the Prophet Muhammad because they knew that the Prophet had the power of logic and intellect,” he said.

He added that for this reason, his small army was able to stand against the 10,000-strong polytheist Makkan army and added, “Today, the enemies and those who do not want any good for us know well that our power of reason and intellect outweighs their power and if Islamic thought is presented to the world in a simple manner and without distortion, they people will accept it.”

Hujjat al-Islam Mirkatouli said that today, just as in the past, the enemies are greater in number and also currently, the enemies of Islam are strongly against the worldwide government that Imam al-Mahdi will establish and are planning against it by spreading Islamophobia.

“Even in Canada, all documents and books related Imam al-Mahdi have been classified so that they can stand against the Imam because they know that when this single person reappears, the reach of the non-believers and polytheists will be destroyed,” the Iranian cleric stated.

His Eminence said the enemies are attempting to introduce Islam as a violent religion to the world and added that the enemies want us to act in an aggressive manner like them while the Quran commands us to act amicably: “Say, ‘Oh People of the Book! Come to a common word between us and you: that we will worship no one but God…” [3:64]

“Throughout history, have had appropriate relations with the opponents of religion and the Islamic Revolution had a great effect on this,” Hujjat al-Islam Mirkatouli added.

Tags: Hujjat al-Islam Mirkatouli Logic Islam Islamic Republic of Iran
Short Link rasanews.ir/201mR0
Share
0
Please type in your comments in English.
The comments that contain insults or libel to individuals, ethnicities, or contradictions with the laws of the country and religious teachings will not be disclosed