Rasa – The member of the Society of Seminary Teachers of Qom said it is evident that the Americans are collaborating with the British and Israelis and their agents in the region to find a way for the criminal Daesh Takfiris to escape to a relatively safe haven. 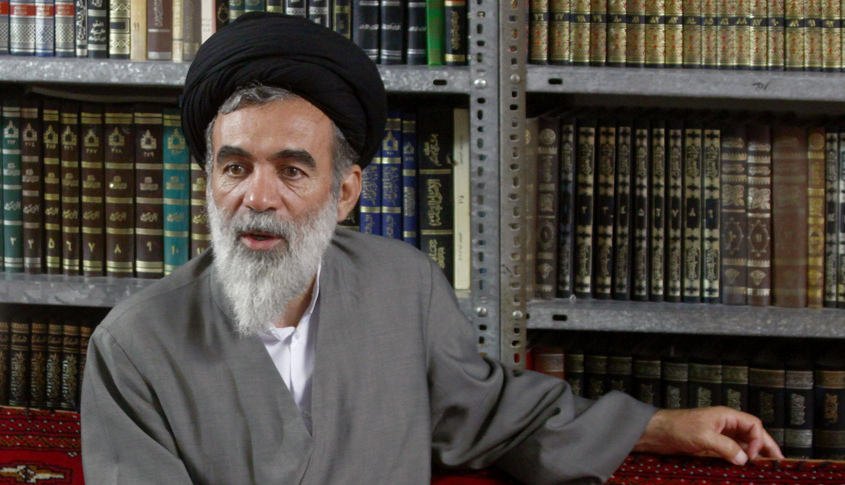 RNA – In an interview, Hujjat al-Islam Ahmad Seyyed Hoseyni-Khorasani referred to the recent developments in Syria, saying that the Americans and the Israelis, along with their ally, Saudi Arabia seeks to rescue the Takfiri terrorist phenomenon, which they have created and supported, from the predicament that they are current caught up in Syria in order that to use them at a later time to pursue their sinister goals.

The member of the Society of Seminary Teachers of Qom stressed that with the power and strength of God Almighty, the Islamic Resistance movement and the fighters and defenders of the Holy Shrine of Lady Zaynab al-Kubra will not allow the enemies to achieve their sinister goals.

“God-willing, the final victory is near,” he added.

Hujjat al-Islam Hoseyni-Khorasani added that without doubt, the enemies are feeling a greater sense of defeat than ever before in regard to their plots against Syria and are sitting down and planning and feeling more disgraced in both a general and specific sense because the sincere Army of Lady Zaynab in Syria does not allow the Takfiri-American seditionists to be successful.

His Eminence said that with the grace of God, the Liwa Zaynab or “Followers of Zaynab Brigade” from Pakistan and the Liwa Fatimiyoun or “Followers of Fatimah Brigade” from Afghanistan, along with the brave and heroic youth of Lebanon’s Hezbollah have closed in on the Takfiri forces, who are mercenaries of the United States and the United Kingdom and have one of the most powerful ground forces.

He added that these two brigades have been inspired by the nation of Iran and its glorious Islamic Revolution and with the support and guidance of the Supreme Leader.

Hujjat al-Islam Hoseyni-Khorasani said it is evident that the Americans are collaborating with the British and Israelis and their agents in the region to find a way for the criminal Daesh Takfiri to escape to a relatively safe haven.

The Iranian cleric stressed that in this regard, the enemies must know that wherever they flee, the adherents of pure Islam and the followers of the tragedy of Ashura and of Imam Husayn, the defenders of the Family of the Prophet Muhammad and the defenders of Lady Zaynab will lead them to perdition and soon, the roots of the Takfiri phenomenon and the American, Saudi and Israeli seditionists will be destroyed.