Rasa – The head of the Islamic Seminaries of Iran said that the common logic of pilgrimage can bring the Islamic ummah together in one place because today, the Islamic world has been stricken with malicious viruses which foreign powers have activated in the Islamic world. 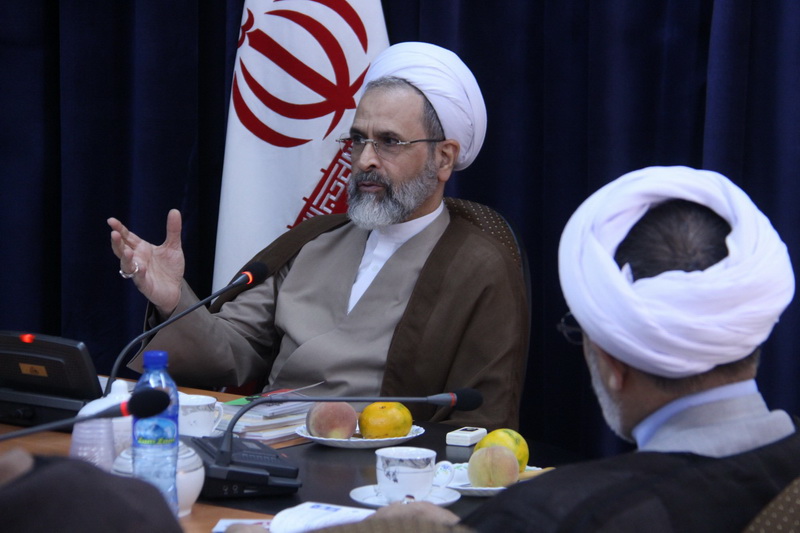 RNA – Speaking during a meeting with officials from the Cultural-Educational Committee of the Central Headquarters for Arba’in, Ayatollah Ali-Reza Arafi appreciated the activities of this organization, and referred to the position of pilgrimage in the school of the Ahlul-Bayt and said: “We believe that pilgrimage is the first divine and religious principle which is common between the various religions and is not limited to Shi’ism and other Islamic sects and religions. Even polytheistic religions hold pilgrimage in esteem.”

He noted that this year, Ashura mourning ceremonies in ten countries were attacked in a vicious manner and added, “Unfortunately, they have committed horrible crimes which are the result is the same virus that enemies have kept alive and active in order to spread discord in the Islamic ummah.”

Ayatollah Arafi explained that the enlightenment over the common discourse of pilgrimage is such an important point that other religions have also realized what the Arba’in pilgrimage is and why we perform it.

The dean of al-Mustafa International University said another point that must be noted is the specific Shi’ah discourse of pilgrimage which must be addressed in depth so that its insights are increased.

In other remarks, the renowned Iranian scholar said that giving consideration to the sources of emulation and to the Iraqi government and people is another other important point and added that Iraq is one of the foremost interests of the imperialist powers.

“In this regard, we must work so that we have a dignified and proud Iraqi people which are comprised of Shi’ahs, Sunnis, Kurds and other groups,” he said.

Ayatollah Arafi said some wonder why the Iraqi people must be poor and divided and added the Iraqi people are a great nation, but they are oppressed and Iranians must help this country stand on its own feet and grow.

He explained dignity, honour and glory of Iraq should be Iran’s policy and we must advance our activities under the direction of the sources of emulation of this country.

The Arba’in pilgrimage is the largest religious gathering that is held every year. It is held at the end of the forty-day mourning period following Ashura, the commemoration of the Prophet Muhammad’s grandson Husayn ibn Ali’s death in 680 CE.