Syria to become security belt for Israel if Asad falls

Rasa – The representative of Khorasan Razavi in the Assembly of Experts said that if Syria becomes one of the US’ allies, it will provide Israel with strong security by allowing Syria to become a large security belt for the Zionist entity. 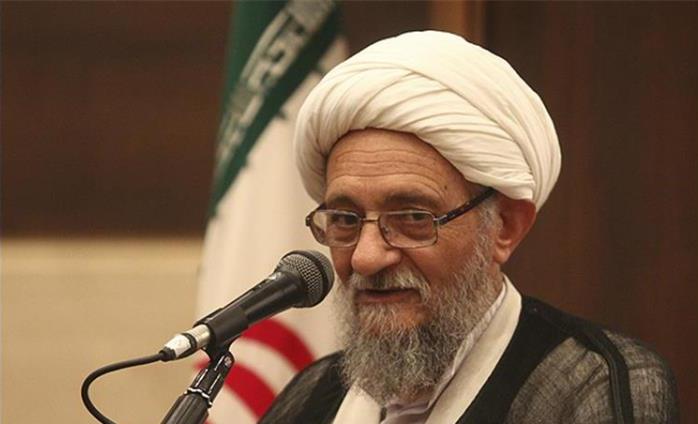 RNA – In an interview with Rasa News Agency, Ayatollah Hasan Alemi referred to the numerous but inconclusive summits on the crisis in Syria and said that as long as the United States is present in the management of these negotiations and imposes their will and demands, these negotiations will not be effective.

The representative of Khorasan Razavi province in the Assembly of Experts explained that the Americans want Syria to obey the West in all areas, saying, “The imperialist powers and the US want Syria to become one of their regional allies, alongside Saudi Arabia and the reactionary countries of the region.”

He said that if Syria becomes one of the US’ allies, it will provide Israel with strong security by allowing Syria to become a large security belt for the Zionist entity.

Ayatollah Alemi added that through the negotiations, the US seeks to achieve their sinister goals but the people and government of Syria do not accept this issue and also, the Islamic Resistance does not accept this and will not allow such things to occur.

His Eminence said that the Islamic Resistance wants the Syrian government to be independent and wants to maintain the dignity of the Syrian people. “Also, the people of this country want identity, independence and Arabism and to protect their dignity and honour which are not compatible with the demands of the US,” he added.

He said that for this reason, the Americans always seek to sabotage the negotiations and also for the same reason, the negotiations have not led to any result and added, “There is no solution for the Syrian people other than resistance and if they continue, the US will certainly become exhausted and when he sees that their operations are too costly, they will become disappointed.”

Ayatollah Alemi stated that the will for resistance exists among the people of the region and the people of Syria realize and understand that there is no other way but to resist. The Syrian government also has the ability to fight and resist.

“If these attacks emptied the bones of the Syrian government of resistance, then they would have been eliminated during the past four years but the fact that they have resisted for more than five years indicates that their bones are strong and they can resist,” he stressed.

Tags: Hasan ‌Alemi Lausanne syrian army Syria syrian crisis Syria developments
Short Link rasanews.ir/201mOl
Share
0
Please type in your comments in English.
The comments that contain insults or libel to individuals, ethnicities, or contradictions with the laws of the country and religious teachings will not be disclosed