Takfiris do not know anything about Islam

Rasa – Hujjat al-Islam Naim Qasim pointed out that Takfiris do not know anything about Islam and do not adhere to the religion of God but rather they harm Islam, Muslims and humanity. 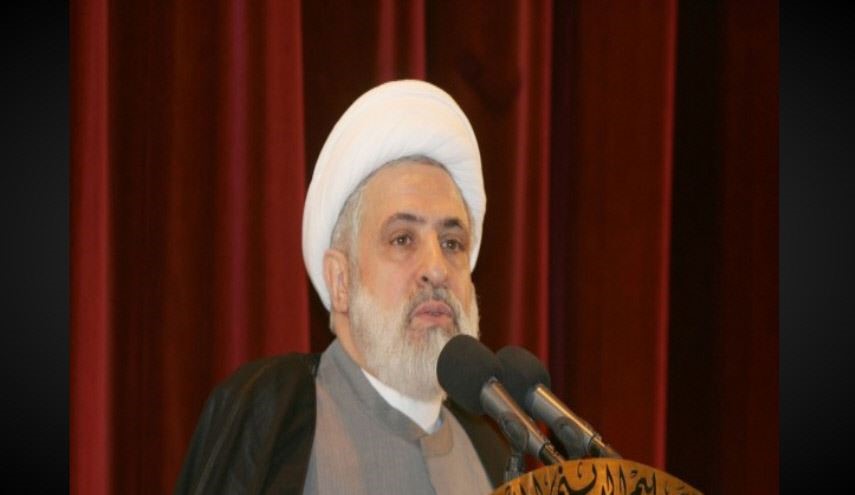 RNA – During part of his speech on the occasion of the eighth night of Muharram at Beirut’s Hadhrat Khadijah Complex, Hujjat al-Islam Naim Qasim, the deputy secretary-general of Hezbollah, said the United Nations Security Council, the International Court of Justice and the major countries and the entire world must condemn Saudi Arabia for its crimes against the country and people of Yemen and be tried for their crimes.

The Lebanese scholar pointed out that Saudi Arabia has continued its crimes against Yemen for a year and a half without any justification and the United States has sent this regime weapons, training, has provided them with facilities and has supported them because it is in the interest of Washington to kill the people of the region and to divide Yemen, Syria Iraq and all countries in the Middle East.

“For the United States, only their own survival is important even if the entire region goes up in flames,” he said.

The senior Hezbollah official reiterated this heinous crime Saudi nothing to do with Sunni Muslims and Sunni leaders of the world because the position and role of Saudi Arabia is to guide and lead the Takfiris and to implement schemes to serve the Zionists and the United States who are present in the region and have no benefit for Islam and Muslims.

Hujjat al-Islam Qasim said that confronting the Takfiris is part of our plan to counter Israel, which poses a real threat to Islam and to Muslims as they kill people without exception. They are vicious and unbridled people, who instead remaining in the deserts and forests, are scattered throughout the towns and villages.

Takfiris do not know anything about Islam

He pointed out that Takfiris do not know anything about Islam and do not adhere to the religion of God but rather they harm Islam, Muslims and humanity. “If we do not confront them as part of the Axis of Resistance, Lebanon will suffer even more than it already is. We must vigilantly confront the Takfiris and the prevent expansion of their influence,” he added.

Hujjat al-Islam Qasim said that if Western countries believe that they have appointed the Takfiris to oppose us, it will soon be exposed that they are a danger to themselves. “We are currently fighting against them in the region but if they spread all over the world, how can we confront them?” the cleric said.

His Eminence added that Takfiris will not be able to persist indefinitely and noted that they are supported by the United States, Israel and the West along with the support of some Arab countries. They do not rely on their own strength in Mosul in Raqqah but Hezbollah will confront them and not allow them to act on their desires.