Rasa - Chairman of the Islamic Supreme Council of Iraq (ISCI) Ammar Hakim has called on Turkey to immediately end its military presence in northern Iraq. 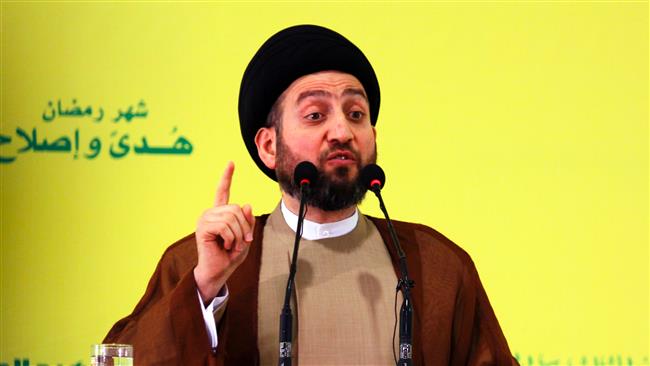 RNA - Hakim said on Saturday that Ankara’s continued refusal to withdraw troops from the province of Nineveh had deeply angered the Iraqi nation.

He warned that the presence of Turkish forces could further complicate relations between the two countries.

For more than a year, Turkey has maintained a contingent of its troops in northern Iraq, alleging that it is training local forces in their fight against Daesh Takfiri terrorists. However, tensions have escalated as the Iraqi government prepares for a major offensive to retake the city of Mosul, the capital of Nineveh, from Daesh.

Turkey is among the regional countries, accused of supporting Daesh terrorists.

Pro-government forces have warned that they will not stand on ceremony to attack the Turkish forces if they extend their presence into Mosul from a camp just north of the city.

Hakim said Turkey’s continued deployment of forces in Bashiqa is sparking more hatred in Iraq toward Ankara. “The patience of Iraqis is reaching the boiling point,” he said.

“Iraq is not a weak country and is capable of defending itself against threats,” said Hakim, adding that it was up to the Iraqis and their government to decide who should participate in the operation for Mosul.

Preparations have almost finished for Iraq to launch the long-anticipated offensive to liberate Mosul.

Military sources say it is only a matter of final approval by Prime Minister Haider al-Abadi.

Mosul, Iraq’s second largest city, is the last remaining bastion for Daesh in Iraq. The city fell into the hands of the Takfiri terrorists in the summer of 2014.

Tags: Turkey Iraq Iraq Hakim
Short Link rasanews.ir/201mLQ
Share
0
Please type in your comments in English.
The comments that contain insults or libel to individuals, ethnicities, or contradictions with the laws of the country and religious teachings will not be disclosed