Rasa – Ayatollah Saidi referred to the position of Muharram in the revival of Islam and the unity of the religious community and explained that the story of Karbala motivates and leads to the development of the Muslim community and protects its religious values. 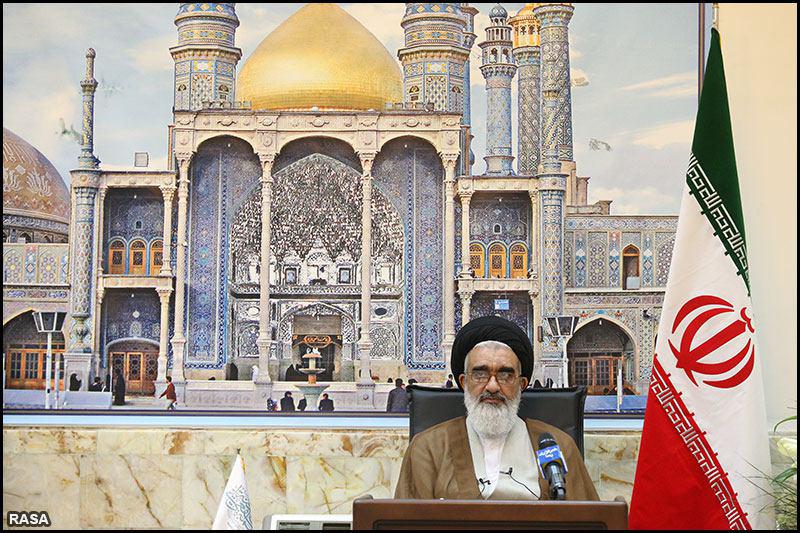 RNA – Speaking to the managers of Muharram mourning ceremony organizers at the Holy Shrine of Lady Fatimah al-Ma’sumah, Ayatollah Sayyed Mohammad Saidi said that young people are looking to idolize heroes and high-ranking personalities and added that the mentality of the youth requires such role models and heroes.

“In these circumstances, the young people must know that more than the individuals that the disbelievers and enemies of Islam present to them as role models, the most perfect individuals are introduced to us through the Quran and the Ahlul-Bayt,” he said.

The custodian of the Holy Shrine of Lady al-Ma’sumah said that the line of the late Imam Khomeini is our religious and revolutionary model and our red line and added, “As long as all groups, factions and movements in the country are on this path, which is the straight path, they will be worthy of honour and respect.”

Ayatollah Saidi stressed that Imam Khomeini’s message is not meant for specific groups or factions and added that it is for this reason that we all have a duty to honour Imam Khomeini and similar personalities, especially the Supreme Leader of the Islamic Revolution, Ayatollah Sayyed Ali Khamenei, who is committed to his covenant with the Imam and the Islamic Revolution.

In other remarks, he referred to the 15 Khordad Uprising, which coincided with the 12th day of the solemn month of Muharram (June 5, 1963) and began after the late founder of the 1979 Islamic Revolution drew parallels between the Umayyad Caliph Yazid I and the Shah during an lecture at Qom’s Feyziyeh Seminary.

“Keeping the memory of Imam Khomeini and his character alive is extremely important because due to his sincere character, he was able to revive the divine religion and launch the Islamic Revolution,” he said.

His Eminence referred to the position of Muharram in the revival of Islam and the unity of the religious community and explained that the story of Karbala motivates and leads to the development of the Muslim community and protects its religious values, which is exemplified by the beginning of the Islam Revolution during the month of Muharram and the eradication of the 2009 sedition on the day of Ashura.

Ayatollah Saidi said that that internal and external enemies attempted to destroy Iran’s Islamic system of government but when the sanctity of Imam al-Husayn was broken on the day of Ashura and the people realized the evil intentions of the seditionists, a spontaneous movement of people and religious bodies led to the elimination of this great sedition.