Rasa – In a meeting with religious academics from Croatia, the head of the Islamic Seminaries said, “You have never heard a statement of terrorism, Takfir or an attack on another religion from Qom or the Islamic Republic of Iran. the doors of its religious centers and schools are always open for all types of religious dialogue.” 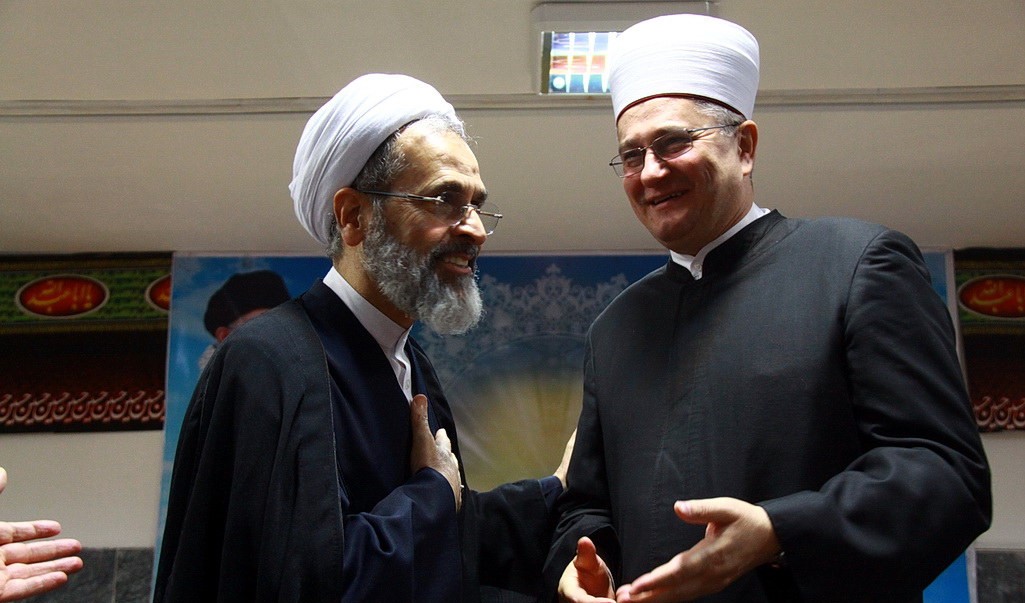 RNA – The head of the Islamic Seminaries of Iran, Ayatollah Ali-Reza Arafi, in a meeting with a group of religious scholars from Croatia who travelled to Iran, said, “Concerning religions and denominations, three opinions exist. The first opinion states that religion is purely a personal endeavor and distances itself from political and societal rulings, this according to us is an extreme view. The second opinion, which also according to us is an extreme view, holds an irrational extremist view towards religion, connected with wars and fights between religions and denominations. however, there is a third opinion which we in the Islamic Republic and the Islamic Seminaries are trying to pursue.”

In elaborating on the third opinion he said, “In this opinion we view Islam as seeking justice on the one side and negating injustice on the other. In this way, we believe in explaining Islam with effort and intellectuality and we distance it from all types of religious wars and fights.”

Ayatollah Arafi pointed to the similarities between religions and stressed upon dialogue based on rationality, philosophy and far from any type of religious hatred and animosity and counted this as one of the branches Islamic Republics branches in dialogues.

He said, “We believe that the Abrahamic monotheistic religions are very similar in their theological, ethical, legal and historical discourses and these similarities are to such an extent that peaceful co-existence can easily be achieved.”

“However, there are hegemonic powers in the world who use religion wars as a means to escape from the own crimes and injustices. We have evidence to show that this current aggression is not only caused by the ignorance and simple mindedness of the Muslims, but also is motivated by these hegemonic world powers.”

He added, “You have never heard a statement of terrorism, Takfir or an attack on another religion from Qom or the Islamic Republic of Iran. we emphasis upon dialogue with the followers of other religions without any animosity and they should know that the doors of its religious centres and schools are always open for all types of religious dialogue.”

Ayatollah Arafi by mentioning the fact that terrorism and those countries that harbour it are sponsored by Western powers, said, “We, in meeting that we have had with a few ambassadors of Western countries, have said to them that we are ready to show you that the issues of this region are because of your policies.”

He continued, “Some countries of this region have absolutely no freedom or democracy and unfortunately, in the name of Islam, they are producing terroristic and aggressive thoughts and are supporting these groups in countries in the region such as Syria. These groups show no mercy to Islamic denominations, Christians or any other sect. The centre which produces this type of thought is completely apparent and they are supporting by the Western powers and in particular the United States. It is here that the truth of the claim of the Western powers concerning democracy and human rights comes into question. I have asked all of this to the ambassadors of Western countries and have never received a clear answer.”

Tags: Croatia Sunni Cleric Iran Sunni Scholar Ayatollah Arafi Arafi Islamic Republic of Iran Sunni Shia-Sunni Unity
Short Link rasanews.ir/201mKC
Share
0
Please type in your comments in English.
The comments that contain insults or libel to individuals, ethnicities, or contradictions with the laws of the country and religious teachings will not be disclosed