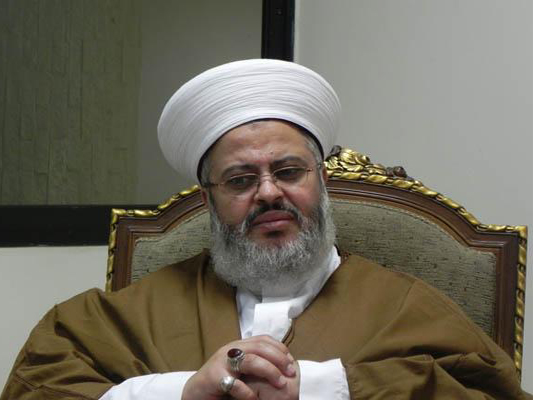 RNA – In a meeting with a Syrian delegation from the Imam al-Mahdi Association along with a delegation of Syrian clans and members of a national reconciliation group in Beirut, Shaykh Zuhayr al-Ja’id, the coordinator of Lebanon’s Islamic Action Front, stressed the necessity of the unity of various groups of people in Syria in order to end the crisis in the war-torn Arab country.

The Lebanese Sunni scholar said, “The conspiracy against Syria does not only call for the overthrow of President Bashar al-Asad but is a conspiracy against the entire Islamic ummah in order to overthrow the ummah, especially the Palestinian issue, which is the most important issue of the Islamic world.”

He added that the Palestinians are now widely and helplessly violated by the Zionist regime and today, we do not find any country standing in support of al-Aqsa Mosque and it has become subject to attack. Syria has supported the Palestinian and Lebanese resistance while it has been abandoned by all Arab and Islamic countries.

Shaykh al-Ja’id stated that there is only a domestic solution to the crisis in Syria and added, “There are no external projects which are beneficial for Syria because these countries seek to eliminate the role of this country in the Resistance Axis.”

The senior member of the Islamic Action Front said that every action and thought against Syria must be answered by the Syrians, particularly the ideology of Takfiri terrorists and Daesh in all its various names, including the al-Nusrah Front and others, which are working to tarnish the image of true Islam.

In other remarks, the Islamic Action Front also issued a message in which they strongly criticized the participation of several heads of state from throughout the Arab world, particularly Palestinian Authority President Mahmoud Abbas, at the funeral of former Israeli President Shimon Peres.

They called their participation a “cowardly act against the innocent people of Palestine which disregards the sacrifices and pure blood spilled in defense of Palestine, Jerusalem al-Quds and al-Aqsa Mosque” and invited all Arab and Islamic nations toward solidarity in support of Palestine.