Rasa – Bahraini Shi’a clerics have strongly criticized the country’s Foreign Minister for expressing condolences over the death of former Israeli president, Shimon Peres, and called on the Al Khalifah regime to apologize to the Palestinian people. 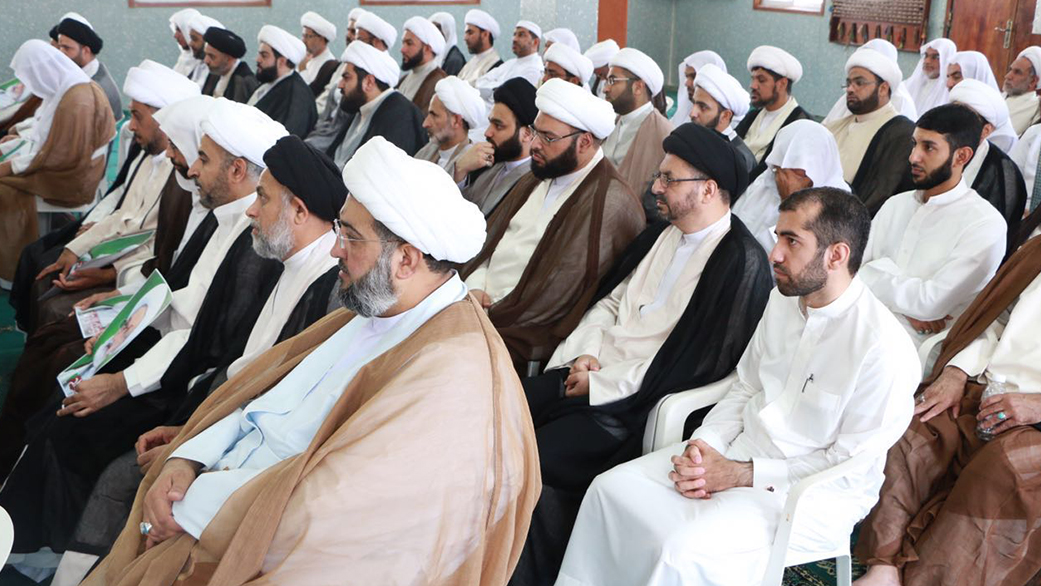 RNA – A group of Bahraini Shi’a clerics strongly condemned the message of condolences issued by Khalid ibn Ahmad Al Khalifah, the country’s Minister of Foreign Affairs, to Israeli authorities over the death of the former president of the Zionist regime, Shimon Peres.

“Rest in peace President Shimon Peres, a man of war and a man of the still elusive peace in the Middle East,” Bahrain’s top diplomat posted on his Twitter account on Thursday.

Peres died earlier this week after spending almost a fortnight in a medically induced coma following a major stroke.

The message issued by the group of Bahraini Shi’a scholars reads, “Dictatorial regimes are accustomed to striking at the will of the peoples of the region and their arrogance has reached such an extent that they have had the audacity to openly and shamelessly eulogize these murderous criminals, usurpers of our communities, disturbers of the first qiblah of Muslims and transgressors of our sanctities. The number one enemy of Islam is the Zionist regime, which engages in shedding blood and murder.”

They added, “Where is the Arabism, nationalism and Islamism in this condolence message which the dictatorial Al Khalifah regime in Bahrain usually mentions in their shameful statements? Such statements which are devoid of all Arab and Islamic values and principles.”

The Bahraini scholars emphasized that silence in the face of the normalization of relations with the regime occupying Jerusalem al-Quds is considered as the greatest treason against the Islamic ummah, its sanctities and the Arab nations and it must never allow the project of cooperation with the murderous Zionist enemy to be achieved, even if it carries a heavy price.

At the end of their message, the group of Shi’a scholars called on the people of Bahrain to proclaim their firm opposition to the shameful position taken by the kingdom’s Foreign Minister and for the regime to apologize to the Palestinian people.

Dozens of people have held a rally in Bahrain to condemn Khalid Al Khalifah’s tribute and drew the ire of many online users as well as opposition figures in the tiny Persian Gulf country, given the fact that Manama does not have diplomatic relations with Tel Aviv, and a large number of Arabs view Peres as the man responsible for the successive wars that have rocked the Middle East.