Insulting Sunnis is a betrayal of Islam

Rasa – Hujjat al-Islam Saidi said that the enemies seek to destroy the unity among Muslims and if we insult the sanctities of Sunnis, we have betrayed Islam. 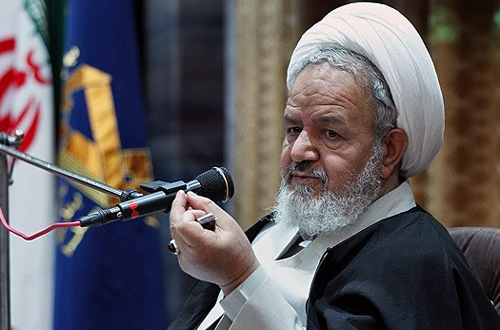 RNA – Speaking at a conference at the Office of Islamic Propagation of Khorasan Razavi province in Mashhad, Hujjat al-Islam Ali Saidi, the representative of the Supreme Leader in the Islamic Revolutionary Guards Corps, explained the sensitivities of the current era and how one can confront them.

He explained that the mission of the Prophet Muhammad, the events which occurred in early Islamic history and the events of Ghadir Khumm and Ashura revived and brought Islam to the global stage and added that these events established a true connection to Islam and a process.

“Now that we are on the eve of Muharram, the most important environment for propagation to consolidate the foundations of religion has been created and for this reason, the contents of lectures and methods of presentation hold importance and determine reactions in the end,” he said.

Hujjat al-Islam Saidi said that the best reference of identifying the people’s needs and wants can be achieved by following the guidelines of the Supreme Leader and it is the responsibility of the preacher to deliver his lecture in an appropriate method.

His Eminence noted that Ayatollah Khamenei strongly recommended that preachers speak out against imperialism in their speeches during this solemn month and stressed that the enemies seek to distort the perception of the character of the late Imam Khomeini in order undermine the sanctity of the Islamic system of government in Iran.

“After doing this, they seek to undermine religion in society as part of their scheme to overthrow the Islamic Revolution,” he said, adding, “Thus, we need to solidify solidarity among the people in regard to the Islamic system of government.”

Hujjat al-Islam Saidi added that enemies seek to destroy the unity among Muslims and if we insult the sanctities of Sunnis, we have betrayed Islam. “Sunnis are made up of four groups and a number of them are allied with Iran, including some of those in Afghanistan and Pakistan, but there are others who are secular or neutral and others who are Wahhabis and Takfiris and they are the enemies of the Islamic Republic of Iran,” he said.