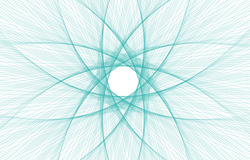 The Meaning of ‘Unity’ (wehdat):

In the philosophers’ view, the meaning and concept of ‘unity’ is axiomatic and does not need any definition because, they believe that unity is synonymous with existence, and defining it, just like the definition of existence, is not possible, without resulting in a vicious circle (daur), or definition of a thing by itself. [1]

The philosophers while mentioning the types of unity or ‘one’ [or unitary] (‘wahed’), say: A ‘one’ is either real (haqiqi) or, non-real (ghair-e-haqiqi). The ‘Real One’ (‘wahed-e-haqiqi’) is one who has unity as an attribute of his essence, and needs no mediator in the occurrence (‘urooz) of unity [for it], for example ‘one’ person. The ‘non-real one’ is something of which unity, is not an attribute of essence, instead, needs a mediator to be attributed as such, for example man and horse which are united in being animals.[2]
The Real One is either an entity which is ‘unity’ itself; which is the very absolute existence (wjujud-e-sirf) which does not have a second and repetition; here ‘one’ and ‘unity’ are the same, and it is called ‘true unity’ (wehdat-e-haqqah). Or, it is an entity which is not ‘unity’ itself, but is attributed with it, like ‘one’ person. It is called ‘non-true unity’ (wehdat-e-ghair-e-haqqah). The ‘one’ with an ‘non-true unity’, is either ‘specialized one’ (wahed-e-bil khusoos) or ‘generalized one’ (wahed-e-bil’umoom). The ‘specialized one’ is the numerical one, with the repetition of which numbers are formed; the ‘generalized one’ like one species or one genus. The ‘specialized one’ is either in a state that, as it is indivisible from the aspect of the attribute of unity, it is also indivisible from the aspect of the entity which is attributed and is ‘the subject of the accident’ (ma’roodh) of unity; or, it is divisible from the aspect of the attributed entity and ‘the subject of the accident’. The former condition is either the very ‘intension’ (mafhoom) of unity and indivisibility, or [something] other than that. The other is either unqualified for ‘positional indication’ (isharay-e-wadh’ee) or, is something that is qualified for it. The one unqualified is either related to and dependant on matter, for example the ‘self’ (nafs), or not, for example the incorporeal [or non-material] intellects (‘uqool-e-mujarrud). The one accepting division from the aspect of the entity and ‘the subject of accident’ is either divisible essentially (bi-dh-dhat), such as unitary quantity (miqdar-e-wahed); or accepts division by accident (bil ‘aradh) such as ‘one natural body’ which accepts division from the its quantitative aspect.
The ‘generalized one’ is either intensional (mafhoomi), or is generalized in the sense of existential vastness (sa’aye wujudi) such as the ‘extended existence’ (wujud-e-mumbaset). The intensional generalized one is either ‘one’ of the ‘species’ type (wahed-e-no’i) such as human being; ‘one’ of the ‘genus’ type (wahed-e-jinsi) such as animal; or of the ‘accidental’ type (‘ardhi) such as walking or laughing [in relation to man]. The non-real one (wahed-e-ghair-e-haqiqi), was defined as one which due to a form of union with other, was attributed with unity such as: Zaid and Amr who are united in being humans, and man and horse which are united in being animals.[3]
Here mentioning one point is necessary and that is, in the opinion of the ‘transcendent philosophy’ (hikmat-e-muta’aaliyah), the ‘true unity’ (wehdat haqqah) is also of two types:
The purpose of this classification is to differentiate between the attribution of ‘true unity’ to the Exalted Essence of Allah and its attribution to others, meaning that the ‘true and real unity’ is specific for Allah the Almighty’s Essence; and in case of all others ‘true but shadowy unity” is used.

One of the basic discussions, on which the acceptance of unity of existence depends, is the issue of ‘true unity’ (wehdat haqqah) or the same ‘unity in multiplicity’ (wehdat dar kathrat) and ‘multiplicity in unity’ (kathrat dar wehdat). That is it must be looked into that how does a thing while being one is multiple, and while being multiple is one, at the same time and how can human logic and reason accept it, and do not consider it as opposites and contradictory?
One of the best ways of explaining and accepting this issue (the union of unity in multiplicity, and multiplicity in unity), is the principle of ‘Non-Composite Reality’ (baseet-ul-haqeeqah).[5] According to Prof. Allama Hasan Zadeh Amoli, it is amongst the wonders of this principle that the extreme disagreement of one of the sides is in itself an evidence of the existence of the other. Because, extreme non-composition and unity requires becoming whole [or entire] and complete, which is extreme multiplicity. Similarly amongst the other wonders of this principle is the fact that the ‘non-composite reality’ while being everything, at the same time is not any of them. However, because its being everything is from the aspect of actuality (fi’liyat) of things, and its being none of them is from the aspect of their imperfection and limitation, it is not contradictory.[6]
The respected scholar, in another explanation while elaborating unity in multiplicity says:
“From the words of the people of spiritual discovery and research, which end in guidance, it is gathered that the ultimate perfection of all attributes depends on this that because of the occurrence of the opposite does not decline and become weak; rather harmonizes and gets settled with its opponent in the string of conciliation, and derives energy from the collection. Hence in the Quranic Verses and traditions of the Spiritual Ambassadors, on many occasions, in the ornaments decorated with the pearls of the Divine Names and Attributes, opposing concepts are seen [together], for example; “He is the First and the Last, the Manifest and the Hidden, and He has knowledge of all thing[s]”[c], “Gracious and Omnipotent”, “Beneficial and Harmful”, “Preventer and Opener”, “Exalter and Abaser”, “Guide and Misleader”, “Empowerer and Humiliator” which are among the Most Beautiful Divine Names (asmaye husnaye Ilahi). The ‘true and real unity’ is termed as the ‘collective unity’, and this plurality as the ‘luminous multiplicity’. For this multiplicity [they] have said: “Kulla ma kanat awfur, kanat fi al-wehdate awghar.”
Therefore Hafez says:
“The disturbed hair are the cause of our union
If such is the fact, more must they be disturbed”
He also says:
_________________________________
I gathered collectiveness from those disturbed hair”
The ‘hair’ means the luminous multiplicity which is a veil for the face
“Yet lasting is the Face of your Lord, Majestic and Munificent”[d]
Abu Saeed Abul Khair says:
“Daei combed the curly hair of that crescent
Put on the face the perfumed hair
Strategically covered the beautiful face
So no stranger could recognize it.”
Aaref Shabistari also says in his The Garden of Secrets (Ghulshan-e-Raaz):
Ask not the story of the tranquilizing hair
They are the chains for the crazy affectionate[7]

It seems that the key to solving the problem of ‘unity of existence’ should be sought in the concept of ‘Manifestation and Theophany’ (tajalli wa zuhur). The concept of manifestation and theophany is one of the central discussions of mysticism (irfaan) and shows its presence and has a key role in all the mystical problems, such that with its correct comprehension it can be said that the root of mysticism has been understood and other mystical problems are like effects and results of it.[8] Its because of this that when Sadr-ul-Mata’alliheen linked back casualty (illiyat) to revelation, manifestation and theophany, declared that through this new discovery, philosophy has reached its perfection.[9]

Explanation of the Opinion of ‘Manifestation and Theophany’

1. Saeed-ud-Din Furghani says: It was an essential of the Essence that absolutely (unconditionally or conditionally) has determination of self in Himself, and through that determination, the Self manifests on Himself and finds Himself, and be ‘by presence’ along with the Self of Himself, without any delusion of the precedence of dependence and unseen [ghaibi] lacking [or loss]. And that manifestation consists His perception of His Essential Perfection, the absolute autonomy being its essential. (Furghani, Saeed-ud-Din, Mashariq-ud-Dari, P. 123, along with a foreword and corrections by Sayyid Jalal-ud-Din Aashtiyani, 2nd Edition, The Publication Department of The Propagation Office, Qom, 1379).

«للوحدة الحقيقة التي هي عين التعين الاول التي انتشأت منها الاحدية و الواحدية اعتباران: احدهما سقوط الاعتبارت كلها و بها يسمي الذات احدا و متعلقه بطون الذات و ازليته و نسبته الي السلب احق»
The Professor then says explaining: Because absoluteness (itlaaq) is not a condition here, rather points to the negation of all conditions including the condition of absoluteness, therefore, in the words of the latter Iranian mystics, this absoluteness is referred to with the expression ‘existence [which is] unconditional as a source of division’ (wujud la bi shurt-e-maqsami). (Ref: Same as above, P. 122).
Or it means, according to the view of a Gnostic and through logical analysis, i.e. to mend the arrangement which was in their view and for the ease of envisioning the order, the Gnostics say: We take the Essence ignoring the theophany of the Essence for the Essence.
[12] Jawadi Amoli, Abdullah, Tahreer Tamheed-ul-Qawaed, P. 422.
[13] Jawadi Amoli, Abdullah, Tahreer Tamheed-ul-Qawaed, P. 195 to 209, 419 to 428 and 470 to 484. Hasan Zaday Amoli, Hasan, Insan-e-Kamil from the Eyes of Nahjul Balagah, P. 106, 108, 109 and 160, Qayaam Publishers, Qom, First Edition, 1372. Rasael-e-Qaisari along with the additions of Aashtiyani P. 6 to 55. Sharh-e-Qaisari Fusoos-ul-Hikam, P.____.
[14] Fadhili, Sayyed Ahmed, Article: The System of Manifestation, Journal: Philosophical and Theological Researches, Issue # 29, P. 163 to 166, with a few changes and brevity.
[15] أن الوجود كلما كان أشد قوة و بساطة كان أكثر جمعا للمعاني و أكثر آثارا
Al-Asfar Al-Arbi’a, Vol 9, P. 61 to 63.
[16] Al-Asfaar Al-Arbi’a, Vol. 8, P. 221, footnote.
[17] Al-Asfaar Al-Arbi’a, Vol. 9, P. 61 to 63.
[18] Al-Asfaar Al-Arbi’a, Vol. 8, P. 2 & 3, footnote.
[a]Refer ‘a’ above.
[b]Refer ‘b’ above.
[c] Chapter Al-Hadeed, Verse No. 3.
[d] Chapter Ar-Rehman Verse No. 27, Translation: Mr Qaraei.
[e]Refer ‘a’ and ‘b’ above.
[f] Chapter Al-Hadeed, Verse No. 3.
Tags: Unity of Existence question islam world
Short Link rasanews.ir/201tD5
Share
0

A brief introduction in to the life of Imam al-Baqir ‎