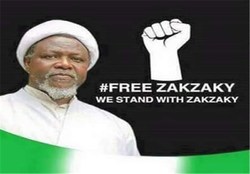 The Iranian holy city of Qom is slated to host a ceremony to honour Shaykh Zakzaky, a top ‎Shi’ah cleric and leader of the Islamic Movement in Nigeria (IMN).‎

RNA – A ceremony to honour Hujjat al-Islam Shaykh Ibrahim Zakzaky, the leader of the ‎Islamic Movement in Nigeria (IMN), will be held at the Holy Shrine of Lady Fatimah al-‎Ma’sumah in Iran’s central city of Qom on Thursday.‎

Ayatollah Mohsen Araki, a member of the Assembly of Experts, plans to deliver the keynote ‎address at the ceremony. ‎

Shaykh Zakzaky has been held in detention since December 2015 and was charged just in ‎April 2018 with murder, culpable homicide, unlawful assembly, disruption of public peace and ‎other accusations. He has pleaded not guilty.‎

In 2016, Nigeria’s federal high court ordered his unconditional release from jail following a ‎trial, but the government has so far refused to set him free.‎

The top cleric, who is in his mid-sixties, lost his left eyesight in a raid which was carried out ‎by the Nigerian army on his residence in the northern town of Zaria in December 2015.‎

During the raid, Shaykh Zakzaky’s wife sustained serious wounds too and more than 300 of ‎his followers and three of his sons were killed. Zakzaky, his wife, and a large number of the ‎cleric’s followers have since been in custody.‎