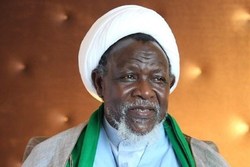 Hujjat al-Islam Zakzaky, who is in his mid-sixties, has been under arrest since December ‎‎2015, when his home in the town of Zaria was raided by Nigerian forces in a deadly ‎incident during which he was beaten and lost his left eye.‎

Three of his sons were killed, his wife sustained serious wounds and more than 300 of ‎his followers lost their lives.‎

Members of the Islamic Movement in Nigeria (IMN) regularly take to the streets of ‎Abuja and several other cities to call for the release of Hujjat al-Islam Zakzaky.‎

Nigerian authorities have transferred him and his wife, Zinat, to a dilapidated prison, ‎where many detainees have so far died due to lack of medical care.‎

The text of the statement is as follows:‎

According to some news reports, Shaykh Ibrahim Zakzaky has been transferred to ‎another prison despite the deterioration of his physical condition. While we express our ‎grave concern over his health, we consider the responsibility for the delay in the ‎treatment and treatment of Shaykh Zakzaky and his unlawful detention as the concern ‎of the Nigerian government.‎

It is necessary for the Nigerian government to provide this religious leader with the ‎necessary medical and healthcare services by ending the current situation and removing ‎the illegitimate restrictions on this religious leader. It is not appropriate for a ‎government that claims to be free and committed to the rights of its citizens to ‎persecute anyone to such a degree who only wants good for the country and the ‎people of Nigeria.‎
‎ ‎
The Society of Seminary Teachers of Qom calls on the government of the Islamic ‎Republic of Iran, in particular the Honorable Minister of Foreign Affairs [Mohammad-‎Javad Zarif], to address the situation of this compassionate scholar with all the ‎diplomatic capacities of Iran, Islamic countries and the international community. The ‎Nigerian authorities must address the pessimism and oppressive limitations and ‎immediately address his physical condition and remove the limitations on him. ‎Undoubtedly, the continuation of this illegal confrontation ‎which took place in the form ‎of a violent and defensive approach is not deserving of him and his companions.‎