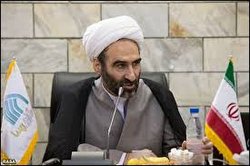 RNA – Speaking at a ceremony marking the death anniversary of Lady Fatimah al-Ma’sumah ‎in Qom, Hujjat al-Islam Ahmad Moballeghi said, “Thanks to the presence and social ‎movement of Lady Fatimah al-Ma’sumah, today, the holy city of Qom has become a base ‎of the production and reproduction of the sciences, knowledge, merits, nobilities and the ‎shrine of the Ahl al-Bayt.”‎
‎ ‎
The head of the Islamic Research Centre of the Islamic Consultative Assembly stated that ‎the women of the Ahl al-Bayt were just as social as their men and added, “The women of ‎the infallible and purified Ahl al-Bayt were present on the social scene in a manner ‎appropriate to their time, such that after the tragedy of Ashura, Lady Zaynab reminded the ‎people of the sermons of Imam Ali with her expressive and eloquent sermons and ‎effectively categorized and analyzed issues in her speeches.”‎

Hujjat al-Islam Moballeghi said that the social movement of Lady Fatimah al-Ma’sumah ‎transformed Qom into the shrine of the Ahl al-Bayt and added, “If Lady Fatimah al-Ma’sumah ‎was an isolationist, Qom would not have become the Qom that it has become.”‎
‎ ‎
His Eminence said, “It’s stated in the narrations that due to the blessings of the ‘generous ‎lady of the Ahl al-Bayt,’ a special account has been opened in Qom and the city has been ‎designated as a base and shrine for the infallible and purified Ahl al-Bayt.”‎
‎ ‎
Speaking about the necessity of recognizing the dignity of the Ahl al-Bayt and the necessity ‎of the dignity of the Ahl al-Bayt, he said, “We must distinguish between the three types of ‎Shi’i, Islamic and humanitarian messages for the world and put aside unidimensionalism in ‎this regard.”‎
‎ ‎
Hujjat al-Islam Moballeghi said, “The holy city of Qom must be the basis for the production ‎of the Quranic and humane teachings of the Ahl al-Bayt for the people of the world and the ‎unity of the ummah for the Islamic world and the Islamic Seminaries and research centres ‎have a responsibility in this regard.”‎

Lady Fatimah al-Ma’sumah was born in 790 CE and passed away in 816 CE. She was is the ‎daughter of Imam Musa al-Kadhim and sister of Imam Ali al-Ridha. In 816 CE, she traveled ‎to Iran from Madinah to visit her brother, Imam al-Ridha, in Tus. However, she passed away ‎in the middle of the way due to an illness and was buried in Qom.
‎
Rasa News Agency

Tags: Masumah Moballeghi Qom
Short Link rasanews.ir/201sW9
Share
0
Please type in your comments in English.
The comments that contain insults or libel to individuals, ethnicities, or contradictions with the laws of the country and religious teachings will not be disclosed