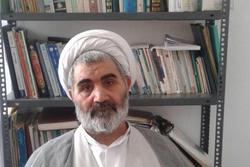 As the spiritual corruptions, such as wrongdoings, vices and other sins, were more prevalent than economic ones, thereby, the latter weren’t mentioned by Imam Hussein (AS) as a motivation of his rising.

RNA - Hujjat al-Islam Muhammad Hussein Ali Akbari, the researcher on practical behaviour of the infallible (AS), in a talk, extending condolences on the martyrdom of Imam Hussein (AS), elaborated on the reasons of Ashoura rising and the part of economic corruptions of Umayyads. The following is what he said in this talk

I hope that we find some more opportunities for extending condolences to Imam Zaman (AS) and acquire more knowledge on the culture of Ashoura. If we would like to point to the historical uprising of Imam Hussein (AS), firstly we ought to consider what this Imam said in this regard: «انی لم اخرج اشرا و لا بطـرا و لا مفسدا و لا ظالما و انما خرجت لطلب الاصلاح فی امة جدی (ص) ارید ان امر بالمعروف و انهی عن المنکر و اسیر بسیرة جدی و ابی علی ابن ابی طالب (ع)؛
My rising isn’t rooted in a rebellion or for having fun, corruption or cruelty, I am rising for the correction of the Ummah of my grandfather, I am going to enjoin the good an forbid the wrong and perform the practical behaviour of the Prophet (S) and my father, Ali ibn Abi Talib. These words suggest that there was some gossip at that time saying that similar to regular people, politicians and owners of power, Imam Hussein (AS) were to admit to power and to acquire a high political and governmental position.

Thereby, Imam Hussein (AS) strongly, bravely and freely spurned such claims and said that those claims were all wrong, his rising and move against Yazid and the cruel government of this time was aimed at the eradication of those corruptions generated in the society by Ummayd government. Corruption has become increasingly rampant inside the society, and more importantly, such corruptions and diversions were done under an Islamic coverage, It was also possible that such corruptions of the society, caused by the wrong steps of the Umayyads, be attributed to Islam.

A group used to say that Yazid ibn Muawiayah was the ruler of Muslims and the caliph succeeding the messenger of Allah, thereby, what was done in that society and land would be attributed to Islam, and a character like Imam Hussein (AS) couldn’t stand this condition.  50 years after the decease of the Prophet of Islam, the thought and opinion of the regular people have changed, all the propaganda was against Imam Ali (As) and a number of people have gone astray, however, despite such diversions, they feared to move against such conditions. Thereby, they didn’t feel responsible to rise against the corruptions of the Umayyad system or stand against them.

Imam Hussein (AS) was fully aware that the said acts were against Islam and whatever was done was diversions to the tradition and practical behaviour of the prophet of Islam (S); accordingly, he said, “وَعَلَى الاْسْلامِ الْسَّلامُ اِذ قَدْ بُلِيَتِ الاْمَّةُ بِراعٍ مِثْلَ يَزيدَ” [Once there are rulers such as Yazid in Islam, there will remain no Islam any longer].

The Rising of Imam Hussein (AS) against diversions

Imam Hussein (AS) well knew that the aforesaid acts and corruptions were against Islam and whatever was done was diversions to the tradition and practical behaviour of the prophet of Islam (S), accordingly, he said, “وَعَلَى الاْسْلامِ الْسَّلامُ اِذ قَدْ بُلِيَتِ الاْمَّةُ بِراعٍ مِثْلَ يَزيدَ” [Once there are rulers such as Yazid in Islam, there will remain no Islam any longer]. Therefore, Imam Hussein (AS), explaining the reasons of his uprising, said that he had risen for the eradication of corruptions and diversions so that he and the society could return to the tradition and practical behaviour of his grandfather, the Messenger of Allah (S) and his father, Ali ibn Abi Talib (AS). These words suggest that there was a need for enjoining the good and forbidding the bad at that time.

Imam Hussein (AS) couldn’t stand the diversions of Umayyads, possibly because the situation was so dire that wrong was regarded as good and virtues were seen as wrong; as currently in our society, some wrong issues are seen good and some good data-x-items are regarded as wrong. In those conditions, the infallible Imam couldn’t stand such diversions and wrongdoings, he couldn't remain silent in the face of the root of corruptions and thus he rose up.