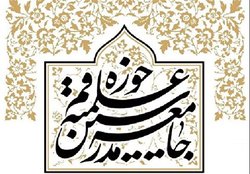 The Society of Seminary Teachers of Qom has ‎issued a message of condolences to the ‎death of Ayatollah Mohammad-Asef Mohseni, the head of the Council of Shi’ah Scholars of ‎Afghanistan.‎

RNA – The Society of Seminary Teachers of Qom ‎issued a message of condolences on the ‎death of Grand Ayatollah Mohammad-Asef Mohseni, the head of the Council of Shi’ah ‎Scholars of Afghanistan.‎

Ayatollah Mohseni passed away due to an illness in ‎‎‎Kabul on Monday, August 5th.‎

His Eminence was born in 1935 in the southern Afghan province of Qandahar and was widely ‎‎considered to be the most powerful cleric among the Shi’ahs in Afghanistan.‎

He ‎was the founder of the Islamic Movement of Afghanistan and was one of ‎the most ‎prominent figures in the Afghan resistance against the Soviet occupation.‎ ‎

The message is as follows:‎

In the Name of God, the Most Beneficent, the Most Merciful ‎
‎“Indeed we belong to God and to Him do we indeed return” [Holy Quran 2:156]‎

The announcement of the passing of Ayatollah Shaykh Mohammad-Asef Mohseni, the head ‎of the Council of Shi’ah Scholars of Afghanistan‎ and a member of the Supreme Council of the ‎Ahl al-Bayt World Assembly, has led to great sorrow and pain.‎
‎ ‎
This combatant scholar was a proponent of the idea of Islamic unity and the approximation ‎of Islamic schools of thought and had numerous and varied religious roles in his academic ‎and political life in Afghanistan. The establishment of seminaries, a university, the ‎compilation of enduring works in rijal, theology, jurisprudence and hadith science and striving ‎to promote pure Islamic thought as well as efforts to formalize the Shi’ah school of thought ‎in Afghanistan were some of the many endeavours of this prominent scholar.‎
‎ ‎
The Society of Seminary Teachers of Qom offers its condolences on the demise of this ‎scholar to Hadhrat Baqiyatullah [Imam al-Mahdi], the Supreme Leader of the Islamic ‎Revolution [Ayatollah Khamenei], the revered sources of emulation, the Islamic Seminaries, ‎the people and scholars of Afghanistan and his noble family and prayed for divine happiness, ‎mercy and forgiveness for this late scholar and patience and reward for those remain from ‎God Almighty.‎

Tags: Mohseni Seminary Teachers Afghanistan
Short Link rasanews.ir/201s8m
Share
0
Please type in your comments in English.
The comments that contain insults or libel to individuals, ethnicities, or contradictions with the laws of the country and religious teachings will not be disclosed