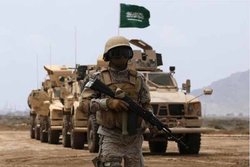 Yemen’s Houthi Ansarullah movement called for the full withdrawal of the Saudi-led military coalition from the conflict-ridden Arab country, after the United Arab Emirates (UAE), a key part of that alliance, said it was going ahead with plans to reduce the number of troops in Yemen.

RNA - “We call on the countries of aggression to declare withdrawal from Yemen. The Republic of Yemen rejects the aggression, siege and aerial embargo,” Mohammed Ali al-Houthi, the chairman of the Supreme Revolutionary Committee of Yemen, wrote in a post published on his official Twitter page on Tuesday, Yemeni News reported.

He added, “Withdrawal from Yemen is the ideal decision that must be taken at this particular time. It is just good enough for the countries of aggression to use Yemen a test field for European and American weapons for five years, and prove the ugliness of their crimes to the world.”

The United Arab Emirates has announced it is reducing the number of its troops fighting as part of a Saudi-led military coalition which presses ahead with a years-long atrocious military aggression against the impoverished Yemen.

A senior Emirati official during a press briefing in Dubai on Monday claimed that the withdrawal took place because Abu Dhabi was shifting from a military strategy to a peace plan in Yemen.

"It is very much to do with moving from what I would call a military-first strategy to a peace-first strategy, and this is I think what we are doing," the official added.

Meanwhile, an official from Yemen's former Saudi-backed government told AFP that UAE troops had "totally vacated" the military base in Khokha, located South of Hudaydah.

He went on to say that the UAE had withdrawn part of its heavy artillery from Khokha but was still overseeing the military situation in Yemen's West coast.

The Yemeni official also claimed that Emirati troops vacated a military post in Sarwah, West of Marib province, and pulled back the Patriot missile system that was previously deployed in the area.

Western diplomatic sources announced in late June that the UAE was scaling back its military presence in Yemen as worsening US-Iran tensions “threatened security closer to home”, according to Reuters.

According to Fars News Agency, Saudi Arabia and a number of its regional allies launched a devastating campaign against Yemen in March 2015, with the aim of bringing the government of former Yemeni President Abd Rabbuh Mansur Hadi back to power and crushing the Ansarullah movement.

The war has been unsuccessful to this day, and reports have revealed cracks in the coalition in the form of differences between Hadi and the UAE, which has reportedly gained oversized influence in southern Yemen.

Tensions between Riyadh and Abu Dhabi — yet to play out in full display — could have major consequences for the Saudi-led coalition, which has for more than four years been fighting a war it hoped to finish in a matter of weeks.

In May, the UAE reportedly deployed dozens of Southern separatists on the Yemeni island of Socotra in the Arabian Sea as divisions grew in the Saudi-led coalition over Abu Dhabi’s military build-up on the strategic island.

Citing sources close to Hadi, the Middle East Eye news website earlier reported that Hadi was angry at Emirati forces for acting “like an occupation power” in Yemen.