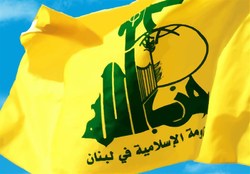 Lebanese lawmaker Ali Fayyad has censured the US Treasury's Office of Foreign Assets Control (OFAC) over adding two members of the country’s parliament to its list of sanctioned individuals on charges of acting on behalf of Hezbollah resistance movement.

RNA - The US decision “is a humiliation for the Lebanese people,” Fayyad told Lebanon's Arabic-language MTV television network on Tuesday evening, calling on parliament and the government to issue a formal condemnation.

Meanwhile, Lebanese Finance Minister Ali Hasan Khalil wrote in a post published on his official Twitter page that the US sanctions “concern all of the Lebanese even if they are directed at Hezbollah” and are “unjustified.”

Earlier in the day, US Treasury Department imposed sanctions on two Hezbollah members of Lebanon's parliament and a security official responsible for coordinating between the resistance movement and the country’s security agencies.

The Treasury placed MPs Amin Sherri and Muhammad Hasan Ra'd and Wafiq Safa, a top Hezbollah security official, on its sanctions blacklist, and accused Hezbollah of using its parliamentary power to advance its resistance activities.

"Hezbollah uses its operatives in Lebanon's parliament to manipulate institutions in support of the terrorist group's financial and security interests, and to bolster Iran's malign activities," said Sigal Mandelker, Under Secretary of Treasury for Terrorism and Financial Intelligence.

Ra'd is the head of the parliamentary bloc of the party and an MP since 1992, and Sherri has been an MP representing Beirut since 2002.

Some 50 Hezbollah individuals and entities have been blacklisted by the Treasury since 2017.

US President Donald Trump’s administration imposed additional sanctions on Hezbollah in late October last year, targeting individuals and international organizations that do business with the group.