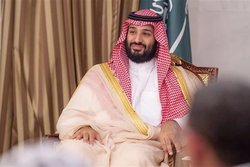 Three members of Saudi Arabia’s highest religious authority have reportedly been refusing to attend the council’s sessions in a show of strong protest against “systematic moral corruption” in the ultra-conservative kingdom.

RNA - Exiled academic and political dissident Saeed bin Nasser al-Ghamedi wrote in a post published on his official Twitter page on Monday that the three members of the Council of Senior Scholars have declined to take part in the council’s meetings after they were barred from making mention of systematic moral corruption in the country.

Even though Ghamedi did not name the three Saudi scholars, he did not rule out possible issuance of an order to prevent the trio from attending sessions of the Council for unknown reasons.

According to Press TV, Saudi officials have also intensified crackdown in the country's Shia-populated Eastern Province.