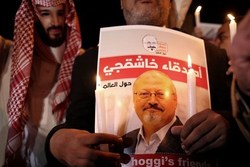 Riyadh is making the world complicit in a miscarriage of justice in the case of the murder of journalist Jamal Khashoggi, the UN special rapporteur on extrajudicial killings stated on Tuesday.

RNA - In an opinion piece published in The Washington Post, Agnes Callamard said Riyadh violated freedom of expression, threatened consular relations and interfered with the interests of the international community.

Khashoggi was killed and dismembered by a group of Saudi operatives shortly after he entered the country’s consulate in Istanbul in early October last year. Eleven defendants are being prosecuted behind closed doors in the Kingdom. Of those, five face the death penalty.

“It is extremely troubling that, thus far, there has been little effective international response — legal, political or diplomatic,” Callamard added.

She noted that the US and other UN permanent members are observing Saudi Arabia’s trial but have not agreed to disclose its details.

“Effectively, they are allowing themselves to be made complicit in what is, by all appearances, a miscarriage of justice,” she stressed.

Riyadh offered various, conflicting narratives to explain Khashoggi’s disappearance before acknowledging he was murdered in the diplomatic building while seeking to shift blame for his death on a botched rendition operation being carried out by rogue agents. Khashoggi's body has not been recovered, and the Kingdom has remained silent on its whereabouts.

Last month, the UN investigator released a report and announced that Saudi Arabia was responsible for the killing of Khashoggi but fell short of placing the blame on Saudi Crown Prince Mohammad bin Salman (MbS).

Callamard also criticized the “warm” treatment of the crown prince by some world leaders including US President Donald Trump during last month’s G20 meeting in Japan.

“This return to business as usual signals to Saudi Arabia, and to other states, that gross violations of human rights are tolerated,” said Callamard, adding, “Without international action, it is clear that similar crimes will be repeated.”

According to Fars News Agency, she called on the international community to step up its demands for an effective investigation into Khashoggi’s murder and prosecute its masterminds.

“Justice for Khashoggi cannot depend on Saudi Arabia’s flawed prosecution,” she said, adding other states should claim universal jurisdiction and try those responsible.

“The FBI can and should investigate the case, as this crime affects US interests. Agencies should declassify relevant US intelligence materials to ensure the full truth is uncovered,” she wrote.

Callamard said Khashoggi’s killing is “emblematic of a global trend of violence against journalists, human rights defenders and political activists.”

“Silence, inaction or, worse, tacit or explicit complicity will only cause further injustice and global instability. The time to act is now,” she added.