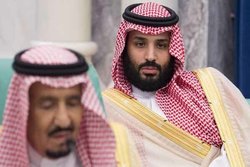 RNA - In her long anticipated report, which was released on Wednesday, UN extrajudicial executions investigator Agnes Callamard said Khashoggi's death "constituted an extrajudicial killing for which the State of the Kingdom of Saudi Arabia is responsible", Al-Jazeera reported.

Khashoggi's killing by a team of Saudi operatives in the Saudi consulate in Istanbul in early October provoked widespread revulsion and marred the image of the crown prince.

Callamard stated that she had "determined that there is credible evidence, warranting further investigation of high-level Saudi Officials' individual liability, including the crown prince's".

The report stressed that "no conclusion is made as to guilt. The only conclusion made is that there is credible evidence meriting further investigation, by a proper authority, as to whether the threshold of criminal responsibility has been met".

"It's a report that is pretty certain of who is to blame – she (Callamard) says Saudi Arabia is responsible for premeditated murder," Bays said.

"It completely blows away the official Saudi cover story that this was a botched plan to seize Khashoggi and take him back to Saudi Arabia," he added.

There was no immediate reaction from Riyadh which was sent the 100-page report in advance.

Al-Jazeera's Hashem Ahelbarra, reporting from outside of the Saudi consulate in Istanbul where Khashoggi was killed, stated that the report's findings were likely to provide Turkey with "momentum" to put pressure on US President Donald Trump to "come out and take action against bin Salman".

The report also noted that Saudi Arabia must apologise to Turkey for "abuse of diplomatic privileges".

Callamard in her report confirmed earlier findings after a visit to Turkey this year that the evidence pointed to a brutal crime "planned and perpetrated" by Saudi officials.

Khashoggi's remains have not been found but Callamard has said that she and her team of forensic and legal experts had access to a part of "chilling and gruesome audio materials" of his death obtained by the Turkish intelligence agency.

Matthew Bryza, a former US ambassador and a non-resident senior fellow at the US-based Atlantic Council think-tank, noted that the findings made clear Khashoggi's killing was "a premeditated murder, planned carefully".

"The Saudi government must come up with an explanation for who ordered this, who's responsible and where is the body," Bryza told Al-Jazeera from Istanbul, adding that "this report builds and restores momentum for justice to be done".

The CIA and some Western countries reportedly believe bin Salman, also known as MbS, ordered the operation to kill Khashoggi, a critic of the crown prince's policies and Washington Post columnist. Saudi officials have denied these suspicions.

Callamard had earlier denounced the lack of transparency at the kingdom's secretive hearings for 11 suspects accused in the murder.

She called on Saudi authorities to reveal the defendants' names, the charges against them and the fate of 10 others initially arrested.

The Trump's administration announced it was pressing its close Middle East ally Saudi Arabia to show "tangible progress" towards holding to account those behind the Khashoggi killing.

Washington wants the Saudis to do so before the one-year anniversary of his murder, a senior administration official stated last week.

Callamard is due to present it on June 26 to the UN Human Rights Council, whose 47 member states include Saudi Arabia.

The French national is also director of the Global Freedom of Expression initiative at Columbia University in New York.