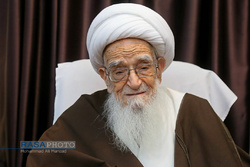 Rasa – In a memorandum released on the anniversary of the destruction ‎of Jannat al-Baqi ‎cemetery in Madinah, Ayatollah Safi-Golpaygani said that from the fourteenth century until ‎today, the places of pilgrimage of Muslims have been the centres of awakening and the ‎remembrance of the great personalities of Islam.‎

RNA – In a memorandum issued on the anniversary of the destruction of the mausoleums of ‎the Ahl al-Bayt in Madinah’s Jannat al-Baqi cemetery, Grand Ayatollah Lotfollah Safi-‎Golpaygani wrote:‎

For the past fourteen centuries until today, Jannat al-Baqi has always been a place of ‎pilgrimage for the Muslims and the centre of awareness and the commemoration of great ‎Islamic personalities.‎
‎ ‎
Since the beginning of Islam, this cemetery has been one of the important sources of ‎Islamic history and confirms the existence of Islamic historical figures and about 10,000 ‎companions of the Prophet Muhammad are buried in this graveyard. ‎

The Wahhabis are virtually an unimportant minority, who, in the shadow of the support of ‎colonialists such as the United Kingdom, have asserted themselves. A group of people ‎neglecting the facts of this movement and their political interference in affairs have been ‎deceived by their popular propaganda. The majority of Muslims are upset by their insolence ‎and insults. 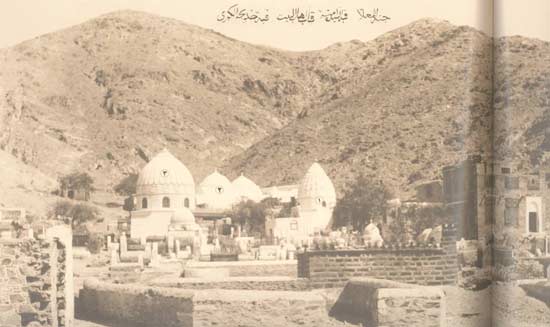 The basis for the destruction of Islamic monuments and buildings was a very deep and ‎treacherous scheme drawn up by foreigners to obliterate the documents, concrete evidence ‎and relics of the history of Islam. When the colonialists sought to divide and create sects in ‎order to dominate over Islamic countries, for example, in Iran, Sayyed Ali-Mohammad ‎Shirazi [called the “Bab”] and Mirza Husayn-Ali Nouri [called “Baha’ullah”] were provoked as ‎claiming to be babs, mahdis and prophets and also divinity. In India, Ghulam-Ahmad ‎Qadiyani founded the so-called Ahmadiyyah mercenary sect. In the Arabian peninsula, ‎Wahhabism was created as a tool and Muhammad ibn Abdul-Wahhab was taken as a ‎mercenary. Their most important objective, in addition to the plunder of the great reserves ‎of oil, was to destroy the monuments of Islam and they even targeted the holy shrine of the ‎Holy Prophet.‎
‎ ‎
Fortunately, the history of Islam from the historical point of view is based on narrations and ‎beliefs that are highly credible and trustworthy. From the very beginning of Islam, history ‎and the narration of hadiths and the narration of various movements occurred and events ‎were recorded and long interregnums that led to the forgetting of history didn’t occur in ‎Islamic history. In addition, events that led to the elimination of historical books and the ‎creation of detachment didn’t occur. Also, in all dimensions, the course of Islamic history is ‎clear and definite and historical derivation and deduction is completely believable and ‎reassuring based on studies on chronicles, hadiths. ‎

Undoubtedly, that part of our history, which is related to a century ago, for example, isn’t ‎different in certainty and strength from that which was related to thirteenth and fourteenth ‎centuries, but sometimes the second part of the first is more trusted and its documentation ‎is stronger and through this chronicle, they can be aware of the social conditions of people ‎in these fourteen centuries and the facts and important events that have influenced the fate ‎of this nation and, in fact, if we were to write down history for the present century today, it ‎would not exceed the limits of the history written down by Islamic historians.‎

Because Makkah and Madinah are said to be more important than any other place and the ‎monuments and buildings of these two cities are all of our sources of our history and the ‎history of the Abrahamic religions as well. If we don’t exaggerate, in addition to the spiritual ‎and spiritual aspects, we can consider these two cities as the great museum of Islam and ‎revelation.‎

Before the successive Wahhabi destruction, there was a glimpse of each and every corner of ‎the history of the Prophet Muhammad in these two cities and of the valuable monuments ‎from the history of his life and his efforts to convey the revelation and mission of Islam.‎

This is seen in Islamic historical documents and the records of the Two Holy Shrines, which ‎represents the descendants of the Prophet and even informs us about the conditions of the ‎Era of Ignorance.‎
‎ ‎
All of the mosques of Madinah, including the Prophet’s Mosque, as well as the entire cities of ‎Madinah and Makkah and the monuments, places, mosques, and even springs, wells, roads, ‎mountains, lands and villages around these two cities are all from the history of Islam and ‎demonstrate its appearance and way of life. Muslims who are interested in preserving their ‎glorious history, honour and records and the revival of Islamic monuments must work to ‎preserve and protect these monuments and rebuild that which has been destroyed and ‎prevent the shrines from being plundered by the colonial powers and from being destroyed.‎

These monuments, relics and buildings are better than the biographical books and they ‎introduce people to way of life of the Prophet Muhammad.‎ 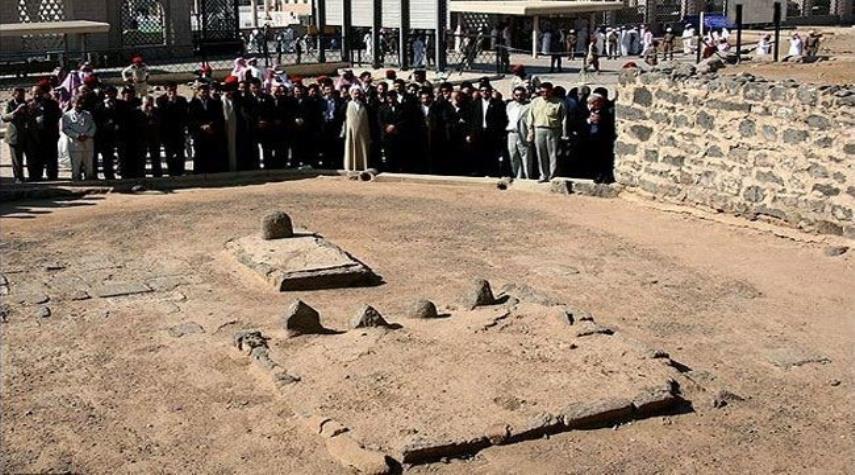 The eighth day of Shawwal, 1344 AH [April 21st, 1926] is the day when a devious group ‎began its destruction of Jannat al-Baqi’ and destroyed the holy and illuminated shrines of the ‎Ahl al-Bayt and destroyed the identity of the dear Islam. Therefore, it is imperative that all ‎Muslims, including Shi’ahs, Sunnis and various denominations condemn their crimes on this ‎day and all of them together must demand the rebuilding of these shrines and the revival of ‎the brilliant history of Islam.‎
‎ ‎
Shi’ahs, in order to remember these documents of history and the insults that have been ‎inflicted against the Ahl al-Bayt in the Holy Shrine still continue, consider this day as a day of ‎grief for the Ahl al-Bayt and a day of attacks against the history of Islam and hold mourning ‎commemorations on this day and condemn the crimes perpetrated against Islam, the Quran, ‎the personality of the Prophet and his Infallible Family and stressed that these crimes are ‎unforgettable.‎

Tags: Safi Jannat al-Baqi Madinah Saudi Wahhabu
Short Link rasanews.ir/201rrf
Share
0
Please type in your comments in English.
The comments that contain insults or libel to individuals, ethnicities, or contradictions with the laws of the country and religious teachings will not be disclosed